So the F1 circus returns to Portugal for the first time in 24 years, not at Estoril but at Portimao - heres Pirelli's preview: 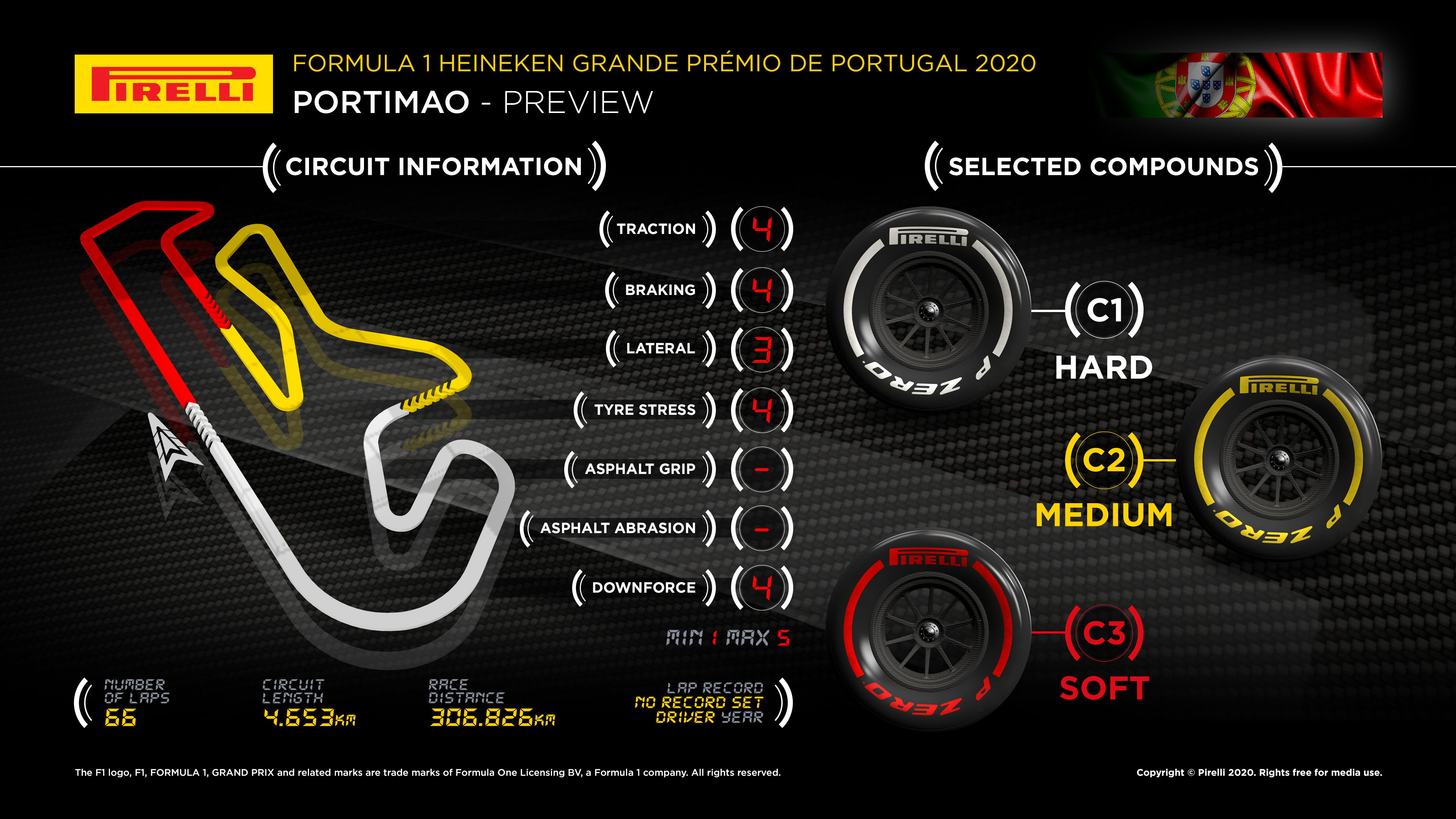 Also grosjean and kmag are leaving haas. Likely for grosjean to go to WEC or something. A bit sad to see, hate on him all you want, I really liked him.
A

FORMULA1FAN71 said:
Also grosjean and kmag are leaving haas. Likely for grosjean to go to WEC or something. A bit sad to see, hate on him all you want, I really liked him.
Click to expand...

So quick on a given lap, unfortunately that talent wasn’t utilised frequently enough and also he never really seemed to be able to do it over a race distance let alone a season. It has been his time (to retire) for a couple of years. Perez Or Hulkenberg to Haas? They need a consistent performer to give feedback and develop the car. Perez would bring sponsors so I think he is more likely to be the fit. Also he may consider it as a potential / unlikely route into Ferrari before the end of his career.

Cant work out why they didn't put a DRS zone between turns 4 and 5.
Reactions: FORMULA1FAN71

iJokeri22 said:
Cant work out why they didn't put a DRS zone between turns 4 and 5.
Click to expand...

Yeah. Only reason I can think of is maybe the cars getting unsettled as the go over the crest?

FORMULA1FAN71 said:
Yeah. Only reason I can think of is maybe the cars getting unsettled as the go over the crest?
Click to expand...

I bet Bottas wanted to pull his hair out after qualifying, top of the timing sheets in FP1, FP2, FP3, Q1, Q2 and then Hamilton comes in and nicks pole (it reminded me of Mugello), it was a strange qualy though at the end as the medium tyre was faster then the soft and the track was slower in Q3 it seemed, so while I have doubt's we'll see much action at the front, we could be in for a strange sort of race potentially with strategy and how the tyres are behaving here.

Was a pretty enjoyable race (at least for the 1st half) considering the Ham Bot Ver. Softs were good first few laps but then Mercedes just killed everyone. Good from Perez to get that high considering lap 1 spin and pit. Lec and vettel both in the points I was happy for that at least. We should definitely return back here again but with a nerfed drs zone like they did between 2011 and 2012 at Canada.
Reactions: Blue Inquisitor

Yeah in general that was a pretty entertaining race, the opening laps were incredible I don't think anyone had Sainz leading and Kimi in the top 6 after lap 1 lol, just goes to show what a cold track at the start of the race can cause.
Things obviously and unfortunately at the front went to standard normal by around halfway and it was pretty obvious Hamilton was going to win from Bottas and Mad Max.

There was of course the incidents involving both RP drivers, I think the one between Mad Max and Perez was unlucky and a racing incident, as for Stroll on Norris that was a weird one Norris left the door open on the inside but Stroll choose to cut it fine and go outside, and the line he took was going to cause contact with Norris and it wasn't a surprise when it happened.

Probably the stand out drive has to be Gasly, though Perez from the back to 7th in a recovery drive was impressive in its own right, Ocon did well an incredible first stint, for the other points scorers solid drives all round.

Of course though the big story is Hamilton finally beating the win record, the way I see it by around 2017 it was always going to happen at some point thanks to these regs, the hybrid era has been tailor made for Merc & Hamilton and add Bottas as Hamilton's teammate for the past 3 & half years then Schumacher's record was always going to to be beat, and he's going to match the WDC record as well.

At this point the only thing that could stop Hamilton winning an 8th is greed, as the past few days have seen an interesting chain of events elsewhere in F1, if rumours are true Russell is going to lose his Williams seat to Perez which would be incredibly harsh on Russell, but if this happens in the very near future (next week or so) and Hamilton hasn't signed a new deal with Merc yet, then if I'm in Russell's position at that point if he's sensible then he should get his agent to organize a meeting with the Merc F1 hierarchy immediately.

Make the offer to them that you would drive next season (2021) basically for free however it would be a performance based contract, get paid when you win and if you win the championship he get like a 5mil bonus.
Now people may think this is a ridiculous scenario.

But in the current economic climate should Hamilton demand a 3 year deal for 40mil a year, the people who do finance there would definitely think twice at agreeing to that sort of contract at the moment, and yes it doesn't matter to them if it is the most successful driver in the sports history at that point, I don't believe Merc in general are the kind of company that want to be seen/known for paying one person a ton of money at the potential risk of job losses at there car factories.

Especially if you have Russell prepared to sign a deal for a tenth of what Hamilton wants for example, as Russell is clearly highly thought of and highly valued by Toto Wolff and others at Merc and would likely get the same results as what Hamilton would get next year just based on how far ahead Merc are of the rest.

Its why Hamilton has to be careful that he doesn't price himself out of staying at Merc, I'm not saying he doesn't deserve that kind of contract but its currently the worst time to be to greedy and talk of 100mil plus deals, its was probably the same thing with Seb I would imagine as I highly doubt he's on anything like what he is/was at Ferrari.

Either way the days where drivers contract mean anything are probably gone to an extent now, Perez had a contract with RP for 2021 but he was paid off so Seb could get brought in, Williams had Russell announced and signed for 2021 a couple months ago but suddenly he's likely to get the boot for Perez and the money he brings in, so we're entering a new period where it seems some teams now wield more power then the drivers over contracts.
Reactions: FORMULA1FAN71
You must log in or register to reply here.
Share:
Facebook Twitter Reddit Pinterest Tumblr WhatsApp Email Share Link
Top Bottom