Well for the first time in F1 history the F1 circus has not had to move for the next GP as they stayed put in Austria for a second race at RBR, and hopefully we'll be in store for another highly entertaining race.

Heres Pirelli's preview: (which is basically a copy and paste from last week lol) 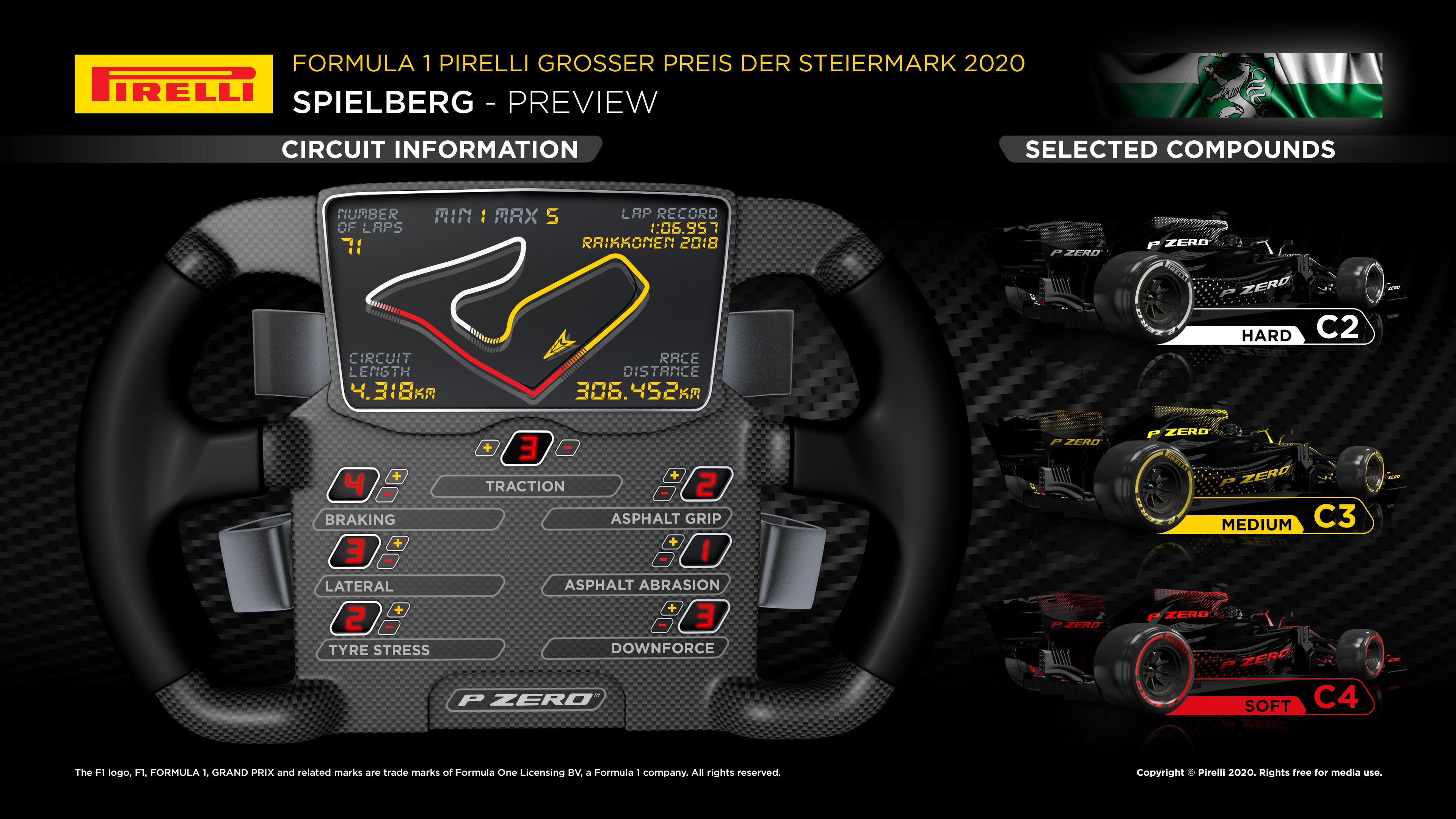 *just noticed the spelling typo in the poll, yeah I know 'flies' not 'files' though people do drop files from time to time.
Last edited: Jul 7, 2020

Looking like Alonso at Renault for next year will be announced tomorrow:
https://www.skysports.com/f1/news/12433/12023184/fernando-alonso-to-return-to-f1-with-renault-for-2021-season
Reactions: TicklishPicklewickle

It'll be very interesting to see how Alonso gets on in his return to F1 next year (he'll be 39) and how his 3rd stint at Renault goes.

Despite the fact Spielberg is looking extremely likely to get a lot of rain over the next 24 hours, we only might get a wet qualifying as a lot of talk today was about qualifying being cancelled tomorrow due to the amount of rain (supposedly over 30mm), so we might be looking at a sunday morning qualy, but I hope we do get see a full wet qualy on Saturday as hopefully it'll mix up things but I guess we'll have to wait and see.

2 more rounds have been officially added to the calendar today, Mugello will make its F1 race debut a week after Monza (being called the Tuscan GP), and Sochi is the other (Russian GP) to be put on this years improvised calendar - but Sochi's definitely not on there by huge fan demand that's for sure.

So everyone saying qualy will be cancelled which can only mean one thing a bone dry Mercedes 1-2 is guaranteed.

Something that absolutely no one will notice from qualifying because everyone has already decided that he is complete **** and doesn't deserve his seat but Latifi was right on Russells pace and if the red flag had come out half a second later he would have been in Q2 as well, I was very impressed.

iJokeri22 said:
Something that absolutely no one will notice from qualifying because everyone has already decided that he is complete **** and doesn't deserve his seat but Latifi was right on Russells pace and if the red flag had come out half a second later he would have been in Q2 as well, I was very impressed.
Click to expand...

Didn't know that to be honest, but I had noticed in the FP sessions yesterday he seemed more on Russell's pace, I guess we'll have to watch how the next few rounds go to see if this is a flash in a pan or genuinely Latifi able to challenge Russell.

Also I'm very impressed - but by the poll results 100% voted for the same choice out of 5 - that's got to be some sort of F1 fan hive mind or something.

As for the race tomorrow hopefully Mad Max will at least give Hamilton a scare at the start, if he doesn't I'd expect Hamilton to race off into the distance with the only way he could lose a potential win is if theres a untimely SC.

Lastly already a important test for Bottas, I know starting 4th for him isn't dire but if he wants to have a chance of winning the WDC this year then he has to at least finish 2nd tomorrow. (assuming Hamilton wins)

Well we were always going to be hard pushed to get 2 hum dinger of a races in a row, it wasn't bad but you had a textbook pole to win performance by Hamilton & Bottas did exactly what he had to do.

Mad Max did the best he could to keep the battle at the front at least somewhat alive but the wing damage he got probably cost him 2nd, it meant we had to rely on the midfield for entertainment and we got it right towards the end, Perez was putting in a great drive up until his contact with Albon and in the end Norris came out of nowhere to take 5th at the death another very good performance by him.

As for Ferrari, well Leclerc not his finest moment as he somehow managed to single handedly severely damage his car & Seb's in one fell swoop, though interesting that it seems the media haven't really bothered to criticise Leclerc to much for yesterday, yet they were more then happy to stick the knife in last week when Seb made an error that only cost himself.

One other thing that I thought was interesting was the battle for FL towards the end, Perez had it and then Hamilton took it (much to Brundle's delight it sounded like) but then Sainz took it off Hamilton right near the death.
And I can sort of imagine Hamilton's reaction was something like this when he was told the laptime Sainz did for FL:

Lastly and pretty off topic, I know its not everyone's cup of tea but there was a incredible finish to the nascar race last night, if F1 had finishes like this the fans would go delirious:

If Vettel did what Leclerc did at T3, he’d have been crucified for it. Just saying.
Reactions: Wobbuffet and iJokeri22 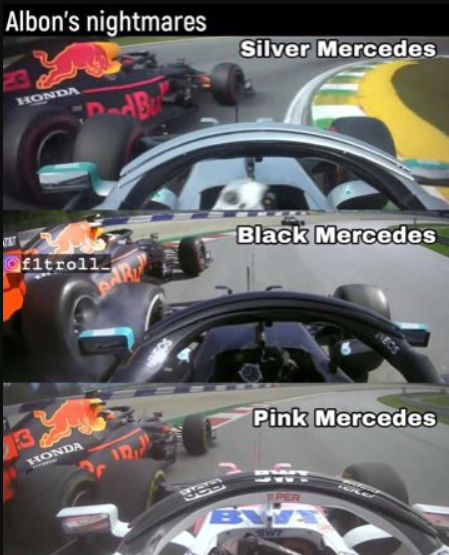