Season 4 of the AOR ACC Leagues will feature a calendar of 9 rounds. We have chosen to include a little bit of everything. New tracks, old tracks. Short tracks, long tracks. Tracks used often in our leagues and tracks not often used in our leagues.

Other notes:
● We reserve the right to make amendments to the calendar during the season if deemed necessary, in which case an update will be posted as a reply to this thread.
● The break on June 30th is scheduled to give a break to the league following the first four races 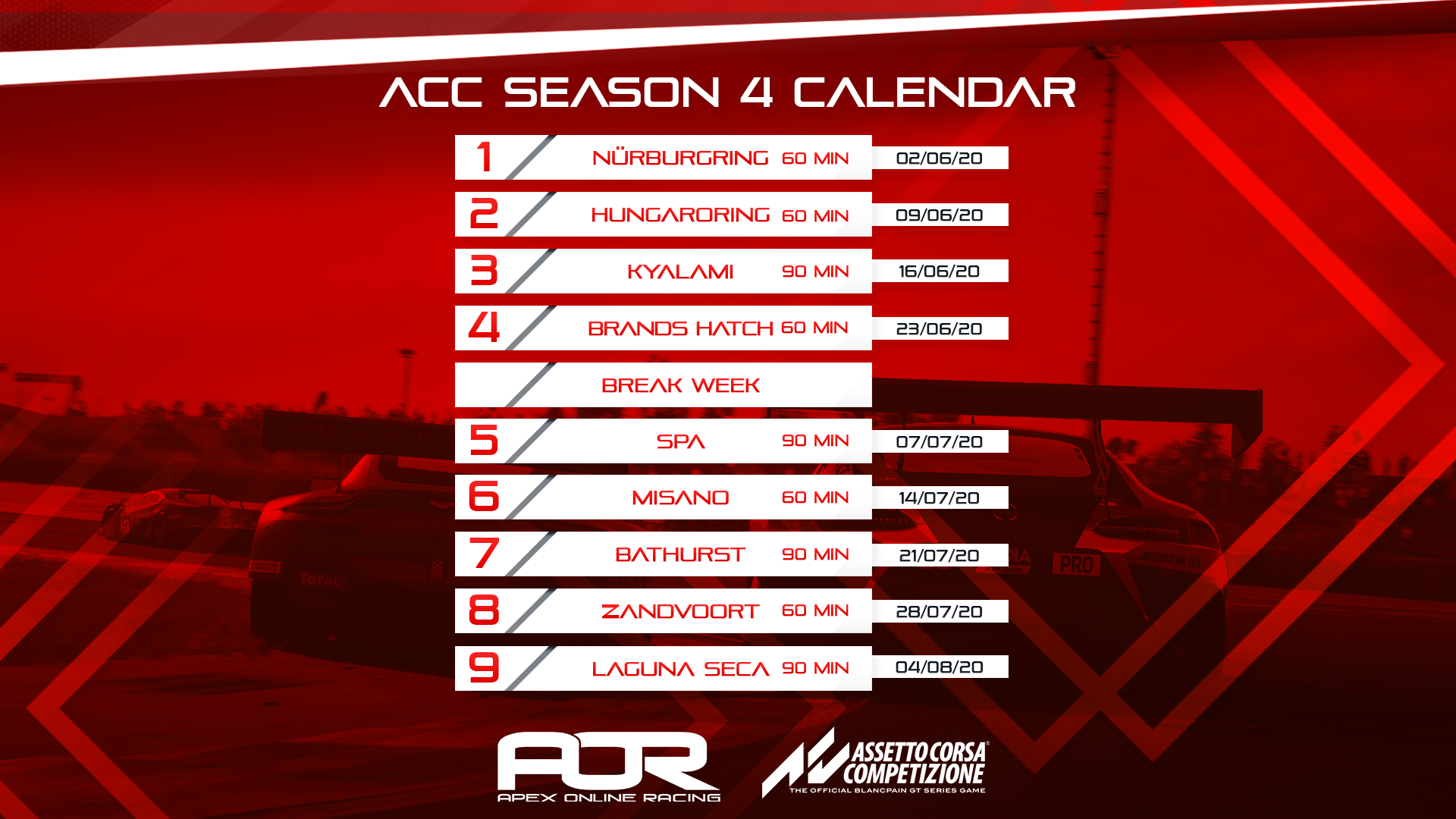