advanceapple said:
I run on 2 conditions:
1) my data is the same as the F4 registration so I do not want to report all the data.
2) last season was more a destruction of the derby, so let's avoid this.
if you accept me, I prefer the toro rosso.
Platform PS4.
Click to expand...

Hey mate, could you please do the sign-up info as normal as it is protocol to do so.

it's not that there was need but ok.:

BosslyGaming said:
Hey mate, could you please do the sign-up info as normal as it is protocol to do so.
Click to expand...

hei mate, can I have the toro rosso?
R


Hope I’m in time for tonight!

This is the sign-up thread for Season 2 of the AOR F2 Sprint Leagues.

CURRENT SIGN-UP STATUS:
Sign-ups are now open for Season 2 on F1 2017! Please only sign up if you are fully committed to completing the whole season.

The initial sign-up deadline is set to 6th April @ 23:59 (UK time). You have to complete the full sign-up process before this time to be included in the initial league placements. Sign-ups after this time will only be added to the leagues if there are still spaces available.

Introduction:
Welcome to Season 2 of the AOR F2 Sprint Leagues! After 14 successful seasons on the Codemasters F1 games, we are heading into our second season on the F1 2017 game and the second season of the Formula 2 structure.

AOR is all about having an enjoyable experience on track by following proper racing rules, as opposed to the demolition derby that is public lobbies. We have built a reputation for providing clean, fair and competitive league racing, and we will do our best to ensure that this continues in the best possible way. But remember, in order to achieve this, we depend on you as a driver to respect the rules and drive in a professional and fair manner!

It doesn't matter how fast and experienced you are - with our tiered league structure we welcome drivers of all skill levels to join the fun. All we require is that you are committed and that you've got the mindset of clean racing. Our top leagues will challenge the fastest drivers on the game with no assists allowed, while drivers with little experience can choose to sign up to the assist tier where Traction Control and ABS is allowed - while everyone in between will be placed in competitive leagues that seem to suit their pace.

If you are fast enough to be placed in the top league, you will have to race with minimal assists. Drivers who get placed in lower leagues are allowed to use the Traction Control and ABS assists if necessary (although we urge everyone to take on the challenge of no assists as early as possible!). All of this assists information is dependent on the amount of sign-ups and how many tiers are running.

General League Information:
● League setup: Each platform runs a set amount of leagues, depending on the amount of drivers signing up at the start of the season. The leagues are tiered, with the aim to have the faster drivers in the higher leagues and the slower drivers in the lower leagues. More info on how the leagues are set up can be found here.
● Race format: Each race event will consist of 2 races. Both of them the grid will be set in their own way.

● Race 1: The grid will be set by a one shot qualifying session and then will have a 25% Race​
● Race 2: The top 8 finishers from Race 1 will be flipped whilst 9-20 will stay in the same positions (this will be done by the grid editor) So for example, whoever finishes 8th in race 1 will inherit pole for race 2. The race distance again will be a 25% race.​
● Driver placements: Drivers will be placed in an appropriate league based on their time trial times and their performances in the previous league season (for drivers who raced in Season 14).

It is vitally important that you read and understand the full content of the threads listed above. By signing up to our leagues, you agree to abide by all of our rules, and we expect all drivers to be aware of these before entering.

Our racing rules are in place to help us enforce clean and fair racing in the leagues. As an AOR driver, it is required that you do your very best to race within these rules at all times. In short, this means no contact and no corner cutting. We also expect you to behave maturely and respectfully in the race lobby and on the forums.

In signing up, you confirm that you have read the content of the League Rules and League Information threads, and that you accept the rules and regulations specified.

Sign-Up Process:
You need to complete all of the relevant steps below in order to be granted a place in the leagues.

STEP 1 - Sign Up (All Drivers):
Sign up by replying to this thread, following the below template. Make sure you fill in all of the fields.

● Platform: [Enter your platform here]
● Gamertag: [Enter your Online Name here]
● Nationality: [Enter your nationality here]
● Assists used: [Enter any assist that you are dependant on using]*
● Have you read and understood the AOR Rules? [Yes/No]
● Did you take part in Season 1? [Yes/No]
● Speedtest result: [Test your connection towards a London-based server at speedtest.net and add a screenshot of your result here]

*Note that drivers who are fast enough to be placed in the top leagues will have to race with minimal assists. TC and ABS is only available in the Assist League.

To help us judge your current pace and assign you to an appropriate league, you will need to set time trial times at 3 specified tracks - Bahrain, Malaysia & Brazil (all in the dry) - using the Mercedes car (with TC/ABS disabled).

When done, post the screenshots showing your lap times in the Time Trial thread.

If you have any questions about the sign-up process or the leagues in general, feel free to send a message to a member of the F1 Team or put a post in the Main Discussion Thread.

Driver List:
Drivers who have signed up to Season 2 are listed below.

Hello buddy. If you use the template that of been awesome and more understanding but I thinck @BosslyGaming may alowed that as you still sign up

● Platform: [Enter your platform here]
● Gamertag: [Enter your Online Name here]
● Nationality: [Enter your nationality here]
● Assists used: [Enter any assist that you are dependant on using]*
● Have you read and understood the AOR Rules? [Yes/No]
● Did you take part in Season 1? [Yes/No]
● Speedtest result: [Test your connection towards a London-based server at speedtest.net and add a screenshot of your result here]

Hope I see you on the track tonight and good luck.
P

Platform: PC
Gamertag: tYsU^
Nationality: Polish
Assists used: I dont use any
Have you read and understood the AOR Rules? Yes
Did you take part in Season 1? No, but I have a lot of experience in online races and various leagues.
Speedtest result: 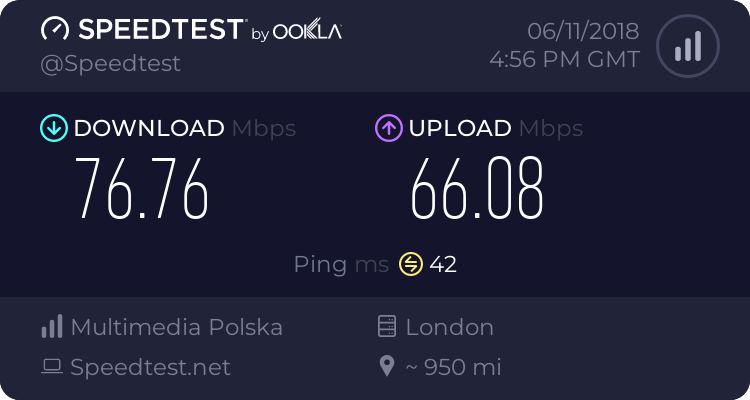 Platform: PS4
Gamertag: Pepsigaimer980
Nationality: British
Assists used: Racing line only
Have you read and understood the AOR rules?: Yes
Did you take part in Season 1?: No
Speed test results: