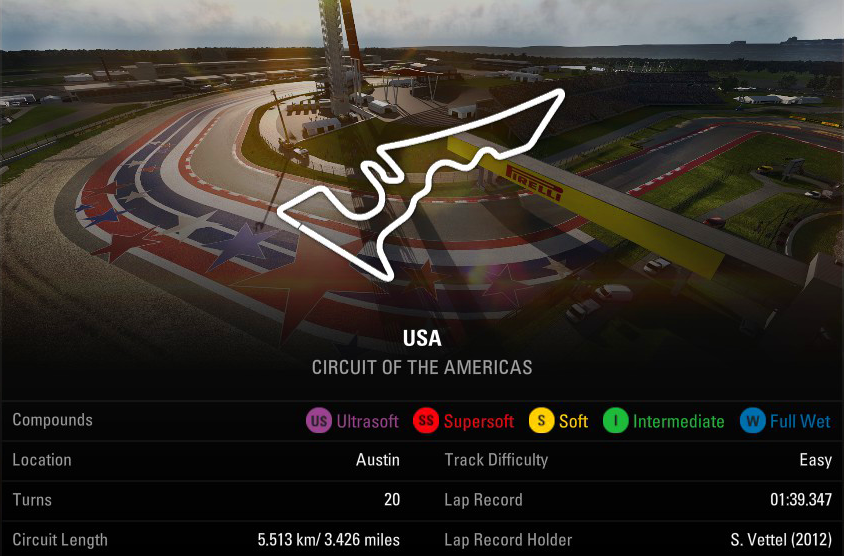 Just so you all know, I expect to be absent for this race (at home for a birthday and don't think I'll be back in time).

Please between you can you ensure that the race results and the race director are recorded for me to update the standings and support any steward enquiries.

Everyone needs to ensure they are on @xXVik-StarRxX's friend list to receive an invite. In the instance of two cars setting the same time in qualifying the session should be abandoned and the grid formed using custom grids, to avoid cars starting on top of each other. The weather shown for the race during qualifying needs to be scripted for the race in such event.

Also, the session should start bang on 8pm unless anyone has contacted Vik to wait up to 5 minutes.

I'm sure you'll be fine without me, just remember also to read through my post in the main thread before the race.

I can’t make it. I’ll probably have to leave the league. I’ll tell you along the week. Sorry!

Can’t race to night. I hurt my foot this week and I can’t drive with the pain. Sorry guys

Jonas-NHK said:
Can’t race to night. I hurt my foot this week and I can’t drive with the pain. Sorry guys
Click to expand...

You have a pad don't you?
#JustSurvive

zWoody said:
You have a pad don't you?
#JustSurvive
Click to expand...

I will become the new Maldonado with a pad

Jonas-NHK said:
I will become the new Maldonado with a pad
Click to expand...

Stream the race and commentate for fun

Can’t make this one lads have a good’n
Reactions: zWoody

I have to say that the lack of attendance is a huge problem and is making this championship battle really pointless.
I thought I was the jerk for missing 5 races. Some of you have missed more than that and it's sad.
When you sign up for something, commit. If you can't commit, then don't sign up. It's not right.
Reactions: wooly51

Race Report:
Qualifying - P8
Race - P7
First lap on wets was pretty decent, Jeff said the rain was gonna ease up by the end so decided to go as late as possible on the inters but unfortunately the track was still too wet, if I did the whole session on wets probably could've had a better position but oh well.
Had a lot of wheel spin at the start and maybe left too much room on the inside and by the end of lap 2 I was at the back. For quite a few laps I was at the back of a train, not able to make a move but on lap 10 the train had bunched up and at the hairpin I messed up the braking and hit the back of Lee. I somehow got away without damage but unfortunately Lee hit the back of Vik thanks to me and so ended up with damage (sorry about that). After that the front runners came through and I was basically getting overtaken by them on fresher tyres. I came in on lap 18 for ultras after starting on softs. I had a nice battle with @Nexus1011 in the last stint, the first time I got through I bottled it in the Mickey Mouse section which allowed him back past, managed to finally get through on lap 26 and stayed ahead till the end. Luckily he had the same amount of penalties as me and so it was P7 for me.
Congrats to @mazais5727 on the win and @JammyJames on a debut podium and to @AshRichardson_F1 for making the podium as well.