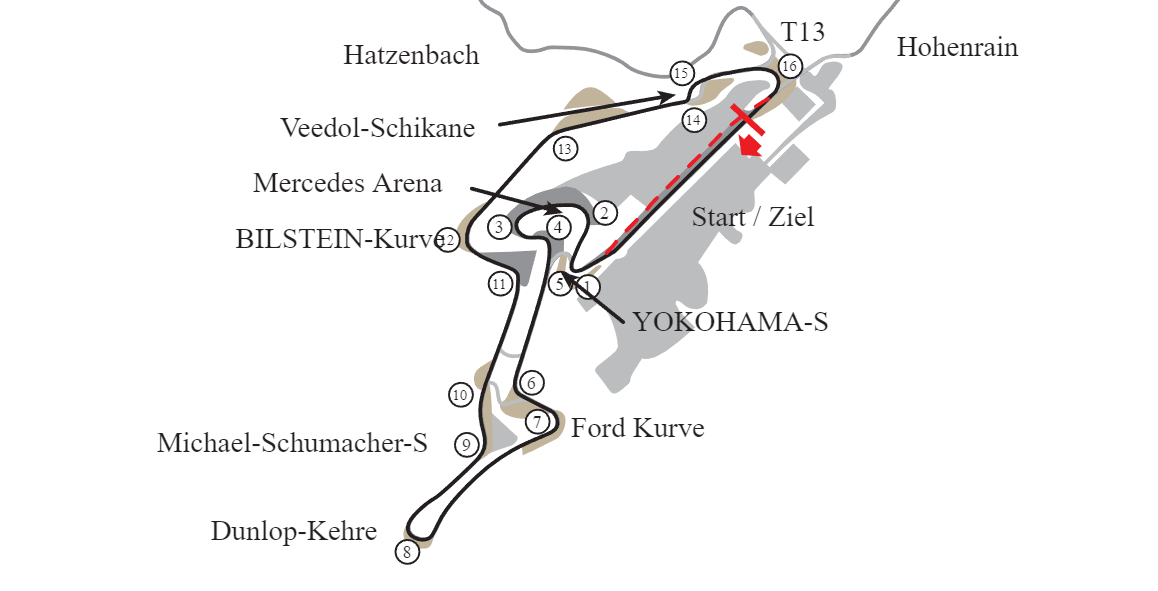 - Once season 11 ends, it will mark 4 years of running these leagues on AOR.
- Last season, Patrick Kessler finished 1st, 84 points ahead of team mate Rene Osterkamp.
- Whilst Rene couldn't make it 3 championships in a row, SimRC were able to take a 3rd teams championship in consecutive seasons.
- Can Patrick become only the 3rd person to make a successful title defence?

Below is the tier placements for this season. All new drivers are in the rookie tier, regardless of iRating or ability in the official series.

Not that I want to take it for granted every season, but will there be a thursday practice session?

No Thursday Practice this season? Nothing is on the League Sessions.

Tommy-Tum said:
No Thursday Practice this season? Nothing is on the League Sessions.
Click to expand...

of course there is practice
Reactions: Steffen Herrmann

Erti147 said:
of course there is practice
Click to expand... It seems as though I haven't been added to the S11 absentee notification PM but I m unavailable for R1&2 due to Sim Expo. I apologise for not doing this earlier but I have had GPRS level reception for last week or so.
Last edited: Sep 21, 2018

Sorry @Alain T. for the start crash. But in my opinion I've couldn't get more to the right and I braked earlier as normal. But still sorry for both fucking our races. I don't know but looks like a little netcode involved aswell. I got it on recording, but still sorry Alain. As of my side I couldn't have done more to be honest. I see this as a racing incident, even with Nathan spunning in front of me aswell what scared me a little bit in VR. Apologies.

First race probably could not have been any worst

- Practice
I have not driven in 3 months and I have always been slow at the Nurburgring so I don't expect much, to put it mildly.
I test one hour on thursday, 54.1 my laptime (I think).
On the race server when I remove the fuel I lap in 53.3, good for ~15 place which is more than ok.

- Qualify
I managed to ruin both of my first two laps, therefore I drive carefully in the third one and stop the clock at 54.1 (?), starting well behind.

- Race 1
I want to stay out of trouble at race start. I get pushed very wide in T1 and lose some place but it is not a problem.
What worries me, instead, is that I get a strong stutter in T1. Never happened before; I might have to dial the graphics after the new build.

Lap 1: somebody spins in front of me in T11. I slow down and avoid him, but the driver behind me does not and sends me spinning.
A pity, but these things happen. What is less understandable, instead, is that after the first touch he keeps going instead of braking. As a results he punts my rear wheel and breaks my suspension.
Not sure why he was accellerating with a car spinning in front of him. Room for improvement I guess

Broken car, 90s (?) pitstop and when I rejoin the track I have a bent steering wheel and a car that does not turn left. I finish the race being 3-5 seconds off pace.

- Race 2
I start from the back, this time on the inside.
Stuttering just like in race 1... and I do not see that there are 3 cars stuck in the middle of the track.
I hit one of them, get damage and complete the race being 4seconds off pace. At least this time it was my fault and nobody else suffered for my mistake (I'll still blame it on the stutter, but it is an excuse )

Shame bout the sprint cos a thought I could defend pretty hard again
Reactions: Steffen Herrmann and David Buitelaar

@Tim Matzke Sorry for hitting you out of T7 in the sprint, just didn´t have enough time to react after your wiggle.

Really enjoyed my first 2 races with AOR. The caliber of the field is amazing! Well done to Valtteri and Alexey and the rest of those on the podium.

My second race was a what could of been after just losing the rear at the final corner and trying to hard to come back through, but all in all. Awesome!
Reactions: Sisuvoima10

lucky there is no safetyrating involved in AOR: in Lap 1of the feature race i got hit 4times, 8incs for nothing. very disappointed. no AOR worthy imho.
Sprintrace T1 bluesbrothers-pile-up and some people dont even see that comming? very sad if you ask me. i got hit again and my car was undrivable. i dont complain because it s a racingaccident, but guys en lets be carefull for 1 time in lap 1 and turn1, you cant win a race in T1.
Reactions: Allyhaze
A

Feature: I almost totally failed Q and then on start the main point was to avoid crashes and incidents. Luke and Phil had an amazing start, we had 2-3 wide battles in first corners, but still as a result I lost some places. Then I could drive faster, but it is so difficult to overtake here, so I decided to make an early pit stop. After pit stop someone decided to check my reaction in last chicane and did brake test, I did not expect this, as a result got damage and another pit stop/ After that I was 2 from the grid and started to push hard to get at least 20th position.

Sprint: Luckily start from Pole and having 3 pace after practice it was not difficult to win, just need to make a good start and push hard while other guys from behind fighting. I did a good start, then started to push hard, but after 3 laps stopped pushing, because the distance to the potential faster guys was very big. After I was just cruising on the track to finish. But I am still happy to win, as this is my first win in AOR (hope this season I will get more) and second podium

Thanks for the battles, sometimes it was very close, and see you next week.
Reactions: Vladimir Grigoryev, Lubomir Moric, santsuke99 and 3 others
K

Super sorry about the T1 spin in the sprint race. I downshifted too quickly and it locked me up, apologies to all the people who's races I ruined. I didn't have any issues with shiftlocking in the practices, I must've gotten nervous on the start.
Reactions: David Buitelaar
L

MY qualifying was not the best, I did miss my two last laps, but my first reference lap was good to put up into P10.

I have done some wrong maths in the feature race, my cold tires pressures were completely wrong. It felt like the track temp was very high and my car had no grip at all and never got to that optimal pressure even towards the end of the race. I was going slower and slower basically just surviving corners.

Then there was the fuel mistake too. I had like 7liters towards the end. Not really fan to hear you have fuel for 5 more laps when you are on the white flag lap :/

I did not feel confident enough to start pushing the car so I took it easy. I managed to finish P8 so I am really happy with that.

I had a good start, I had the right tire pressure and fuel this time. I was super careful first corner, there was an incident in front that I avoided, but still gained a couple of positions. I did manage a couple of nice overtakes. When I had P2 within striking distance Steff was putting pressure from behind. He disappeared from the race like third of a lap, but then came back like 1sec behind. Not fan at all haha I was in P3 with a possible P2 finish but at that time I knew P3 was the best I can hope for. Two options 1)Fight Steff, let Jiri get away and take a p4 risk or 2)let Steff by and keep chasing Jiri. I did not know how much I can defend against Steff so I went with the easiest option and I managed to get to jiri for a p3 finish

Overall a very good first race night for me in AOR. Everyone was super clean and predictable around me I even managed to go side by side with Evan into the chicane

Cant wait for the next one, thanks to all people involved
Reactions: David Buitelaar
S

I was really struggling in qualy, maybe being too nervous, 'cause I knew I could get a top spot. But didn’t manage to get a flawless lap on the track. So I started P5 with a little disappointment.

Had a good start and managed to get around @Kez in the first few corners. Luckily he’s a very experienced driver who you can race close with without being afraid (thanks!). I nearly managed to get also past @santsuke99 on lap 1 (chicane), but he fought back good. Yet he seemed a little nervous and off pace so that I managed to get past him on the next lap. By this time my team-mate @TheSmoun was already 2 sec in front in P2 with @Sisuvoima10 in P1 racing another 2 sec in front of him. Since Matti spun behind me I had no pressure and could focus on biting off time to P2 and P3. Halfway through the race I was able to catch up to Simon who after a small wiggle let me pass, so that I could focus on catching Valtteri - but no chance there. Valtteri drove it home safely - congratz to him!

I don’t like sprint races and the race should prove why! Massive pile up on first corner which I could avoid with a lot of luck. In trying to race through the field I encountered at least two more big crashes which I survived only by pure luck. Valtteri who was behind me up to this point, didn’t have the same luck and broke his front wing. That allowed me to continue the race much more relaxed and helped getting up to P2 in the end.