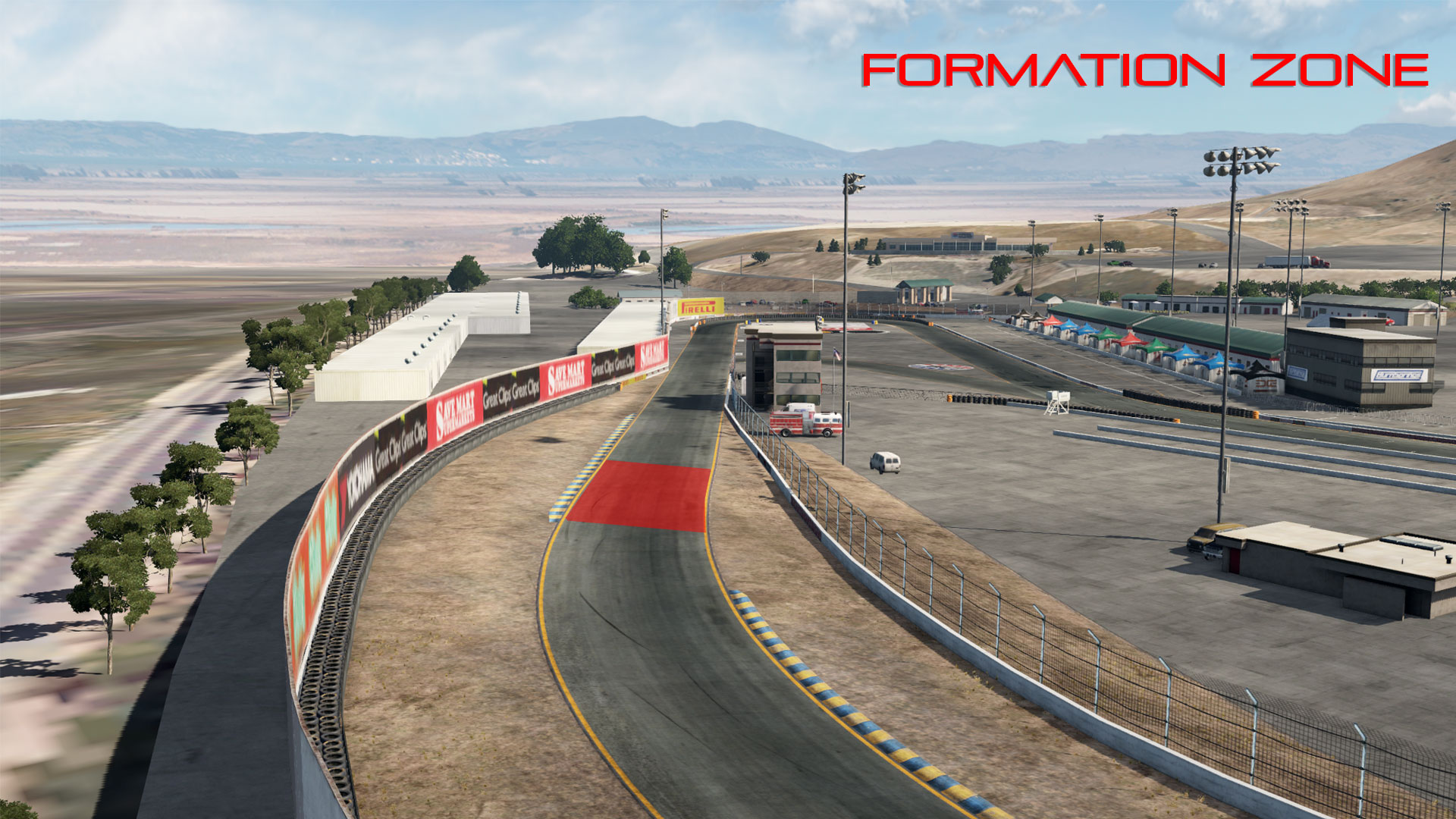 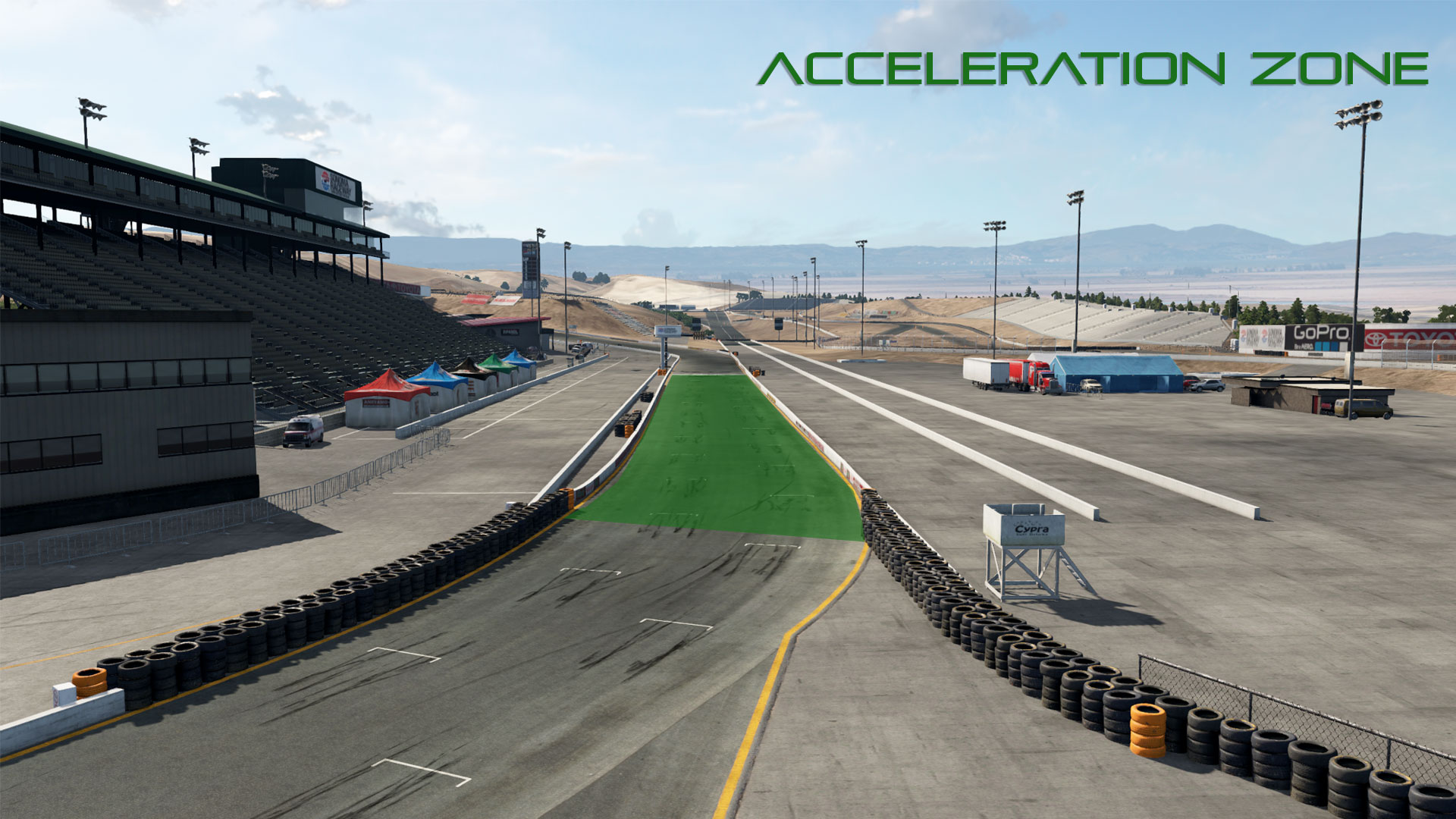 Anyone done any laps yet? What times are we looking at? I did like 3-4 laps but changed the setup so the car is very tail happy on throttle lol doing around 1:30's with 50ltr, don't know if that's any good though lol

willyblackhamer said:
Anyone done any laps yet? What times are we looking at? I did like 3-4 laps but changed the setup so the car is very tail happy on throttle lol doing around 1:30's with 50ltr, don't know if that's any good though lol
Click to expand...

Done none yet mate will be doing some tomorrow night but them lap times dont sound to bad from what I have seen on the ps4 and pc side of things.

Ah not too bad then, I've got the car to oversteer nicely on throttle now, I can take the downhill lefthander full throttle!

willyblackhamer said:
Ah not too bad then, I've got the car to oversteer nicely on throttle now, I can take the downhill lefthander full throttle!
Click to expand...

Sounds fun mate I will probably be all over the place to start with and hope the cars comes to me with more laps.

KhaosTheory29 said:
Sounds fun mate I will probably be all over the place to start with and hope the cars comes to me with more laps.
Click to expand...

willyblackhamer said:
I'm sure u will be fine lol I just want to actually race someone this week lol
Click to expand...

Yeah should come to me mate and I'm sure you will be racing with us all this is a tricky track and normally has close racing on.
Reactions: willyblackhamer

Very tough on tires this one lads...
Reactions: NCUK2002

I agree with you guys. The tyre heat is tough, but for me mainly in the front...AMG and the heavy nose rulez
The times are also the same, between high 29's and high 30.0's depends on fuel. But the changes in understeering and oversteering during a lap is just crazy

I did some laps tonight... If I can go below 1.31 during the race I will be very happy... I guess it will only be on the first couple of laps if that’s going to happen, just before the tires light up

Watch out for turn one as well. I push a little to hard and this happened

Hello, unfortunately I still can not touch the wheel .. If you have a reserve driver who can take my place go there because I risk can not be there for the next two races.
Sorry for the inconvenience
Reactions: willyblackhamer

Sorry I can't make it tonight,m I have a dinner, real life pass before
And... Next week I'm working at night, once again.
I'm so sorry @Gerymaster_HUN
Reactions: willyblackhamer and Gerymaster_HUN

Good luck everyone! Let's hope for some clean and close racing today! Race is long, so... Let's do the best to keep it clean

Some good cleaning racing guys. Sorry Gery for the very high speed 360 infront of you in the second from last corner. Thought i was a gonna.

Mixed race feeling for this one.. On lap 3, beginning of sector 3 down the bends a popup showed up "Controller disconnected, reconnect and press ok"... Quite surprised and not really understanding what was going on I just quickly pressed the "A" button and I though hell I was lucky... Managed to regain control of the car and didn't give up any positions or caused any accidents.. (could easily have happened in a braking zone).... Anyway, 2-3 seconds later, it happend again.. This time unable to reconnect, and at this time the car was doing 200 kph... smash into the wall and I had to get out of my seat, go to the xbox reconnect the damn usb and make sure the connector on the cable and the base was connected properly..

When I got out of the pits I was more than 1 lap down on eveyone, but I figured that some points might be up for graps.. if someone was forced to do 2 stops then the pitlane was very long..

pace was not good after rejoining from the pits, maybe because it was hard to keep motivation to push being that far behind... Towards the end I saw a small chance of catching P7, and going through the lap times I took off 0.6-0.9 s in average per lap towards the end but it wasn't enough and only accidents would have been able to bring me any higher up the grid..

One thing was positive though, consistency... Might have been a bit slow but I had no mistakes..

@Copper Nuts08 - You were lucky not to cause an accident on LAP20 when you entered the pits.. Madness to start your braking on the racing line, knowing you have a car inches away from your rear bumber.. Jeezz I nearly **** my pants and crashed both of us in the attempt to avoid a collision.. Even feel lucky that I managed to regain control of my own car, as I had to throw it to the opposite site of the track in a tenth of a second..
Last edited: Nov 14, 2019
Reactions: Grabovac88

NCUK2002 said:
Some good cleaning racing guys. Sorry Gery for the very high speed 360 infront of you in the second from last corner. Thought i was a gonna.
Click to expand...

No problem @NCUK2002 I made almost the same mistake in that corner some laps before you. Hit the curb at 200+, which took me to the wall, that cost me a 1 minute long pit stop and the chance to take the 3rd place (maybe ). But @p4thos was so damn quick again, so that wouldn't too easy.
Well, the race started good, went up to 3rd place, but after my pit my lap times dropped off by half a second...15 laps later I found the good speed and kept my position, but made 2 amateur mistakes, so finally 6th position is not so bad afterall
Last edited: Nov 14, 2019
Reactions: spartan118fr and p4thos
You must log in or register to reply here.
Share:
Facebook Twitter Reddit Pinterest Tumblr WhatsApp Email Link
Top Bottom