Introduction
Hello everyone, I hope you are all doing well! As you all might know, you have signed up to Season 3 of the AOR Rallycross Championship. As part of this championship you will be required to compete in a Time Trial period, which will be used to gauge your pace as well as potentially decide who is and reserve driver and who is a regular driver. This Time Trial period will occur between 20-07-2020 and 02-08-2020 and will feature two tracks. For more information, regarding the Time Trial period, please read the League Information thread.

Time Trials
Each participant needs to send in screenshots AND recordings of their Time Trial runs as a reply to this very thread. The screenshots need to show the best lap time you have achieved as part of Time Trial session. We will look at the session's best time, not your personal best. If a third time is visible, which isn't listed as Previous- or Personal Best, in this screenshot this'll mean you have used a ghost, as this is NOT allowed in this Time Trial period, any screenshot showing a third time will be invalid.

In addition to the requirements for the screenshots, we place several strict requirements on the recordings of someone's best Time Trial run. These restrictions are as follows:
If any recording doesn't meet the aforementioned requirements it'll be considered invalid.

Once all recordings have been sent in, we will check them for any corner cuts, track extensions, wall grinds or other possible exploits that may have been used to gain an advantage. If such are found, the driver will be penalized accordingly. These penalties can range between 5 and 20 seconds. Afterwards the results, and any related decisions or announcements, will be made public.

Note: We recommend that you upload these recordings to YouTube, at 1x or 2x speed, as unlisted videos. Once they have been uploaded and processed you can safely share the links as a reply to this thread. We don't recommend twitch vods, as there is a new update which makes it harder to embed it in forum posts.

Tracks
For this Time Trial period you'll be tasked with driving the following tracks, under the following conditions, in DiRT Rally 2.0's Time Trial mode. Please make sure to abide by both the aforementioned rules and those stated in the League Information thread. The tracks and conditions are as follows:
Participants
Discord
As part of this Rallycross Championship, please join AOR's official Discord server (https://discord.com/invite/PzstHQd) and assign yourselves the DiRT role, by reacting to the bot with the appropriate reaction in #game-assignment. This server will be used for the majority of the communication before, during and after the live events. sorry for the screenshots, index resolution is messing this up even more than replay videos. Should have used the video capture time visual and not steam screeshots These are not my best runs but I'm done with geforce experience.. It didn't start recording when I wanted... Here the videos,
the last corner of barcelone is not really clean because i touched the wall on the inside and i didn t find more time to retry^^ Due to your TT recording of Catalunya being incomplete, that one is invalid. Please provide a new recording of that lap, or a new lap altogether. 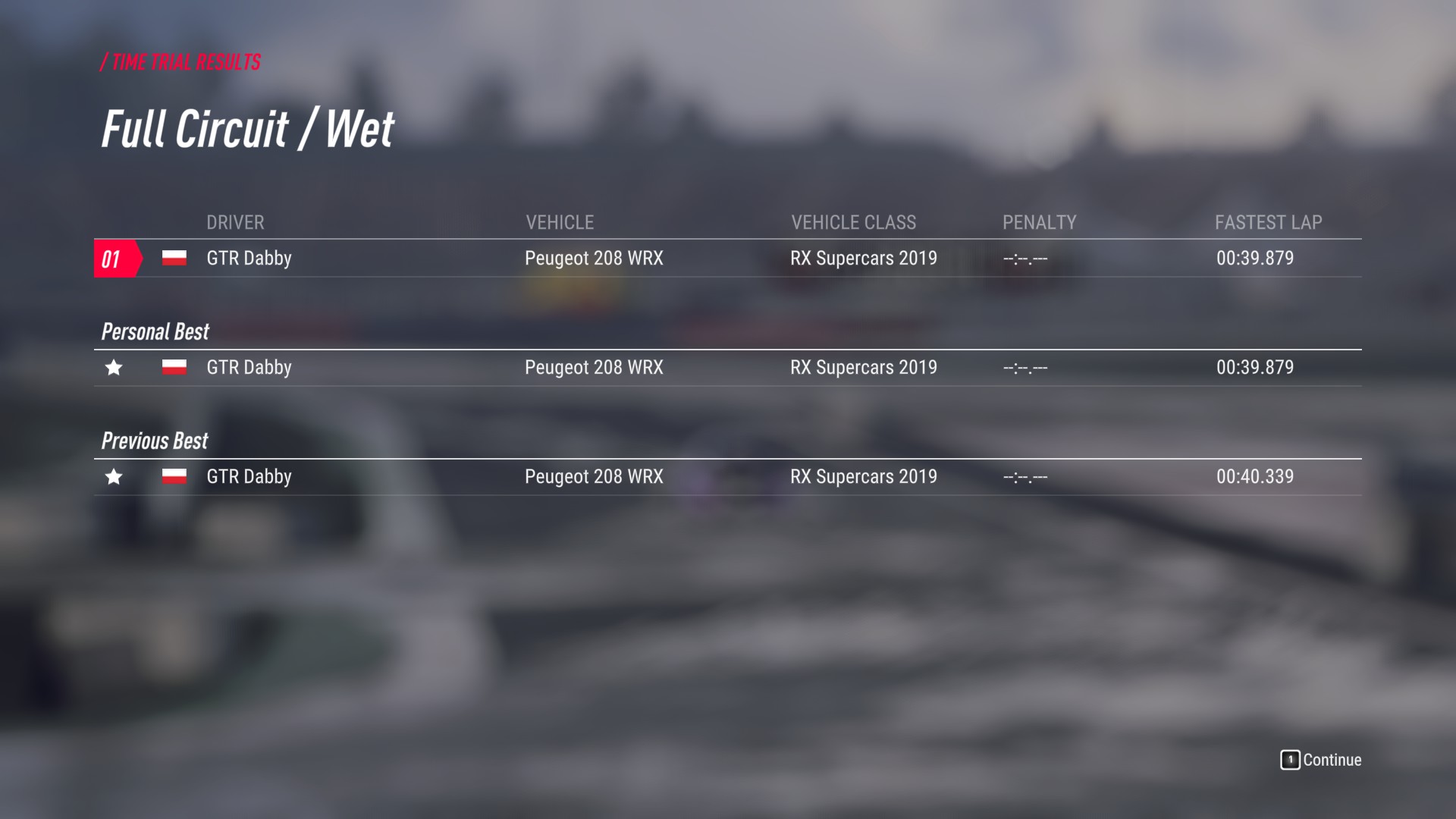 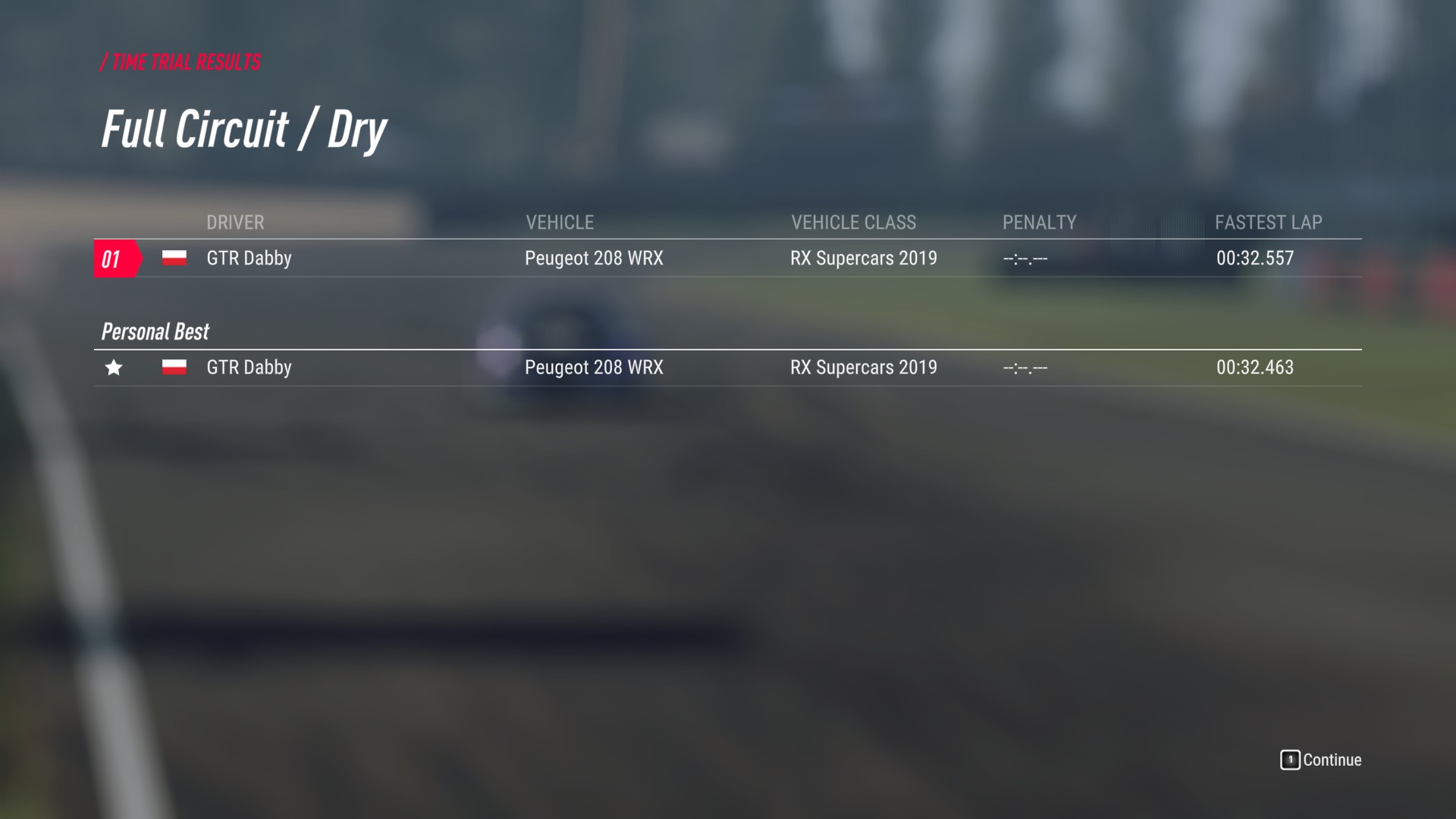