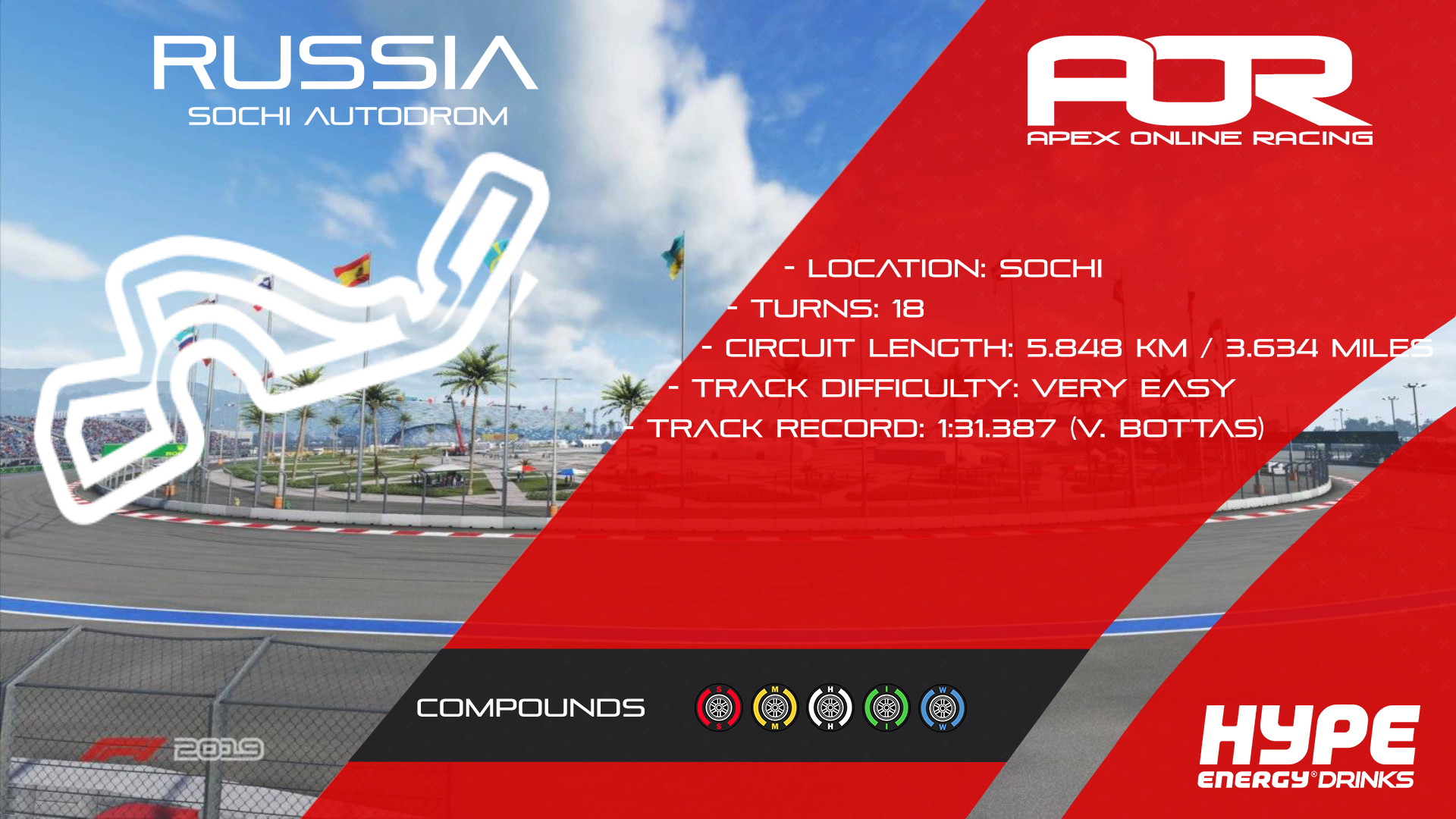 I'm sorry to be a pain once again @Hasnain, but unfortunately I won't be able to attend as I'll be in Amsterdam for work all weekend.
Reactions: SamGamerOfficial
H

Not sure to race tonight, I don't know what time I will return at home.

Question : can I rejoin in during the qualification and race after ?

silver-sponge said:
Not sure to race tonight, I don't know what time I will return at home.

Question : can I rejoin in during the qualification and race after ?
Click to expand...

Hasnain said:
Yeah you can but you won't be able to pick your car
Click to expand...

Thanks for your fast response

Qualifying - P4
Did three runs on the Soft tyre. The first I almost lost the rear at T11 before the DRS zone. Then on my second run, I had the same issue I had in China where my monitor just randomly went blank for a few seconds. Happened just going through T6 so I quickly paused it and when it came back, I was down 5 tenths before I then invalidated the lap at the next corner haha... No idea why it happens, but I'm just glad it's only happened in qualifying and not the race! Then on my final run, which wasn't great, I was still able to claim P4 with a 1:31.760.

Race - P3
I got an amazing start off the line but unfortunately had nowhere to go once I was in P3 with @robin8f ahead and @maxou13-12 on the right. I then got my braking wrong, where I lifted off and then put it back on when really I should have been braking. So I braked a bit too late and went off track at T2. I rejoined but got the message of an illegal overtake on Maxou. So I lifted to give it back but unfortunately, this gave @SamGamerOfficial the chance to pass and I lost the position at T5. As Sam went through, @Hamres22 decided to take the opportunity to try and go through too. We ended up side by side before I lost another position at T6 and was now down in P5.

Maintained position for the next few laps before finally being close enough to @Hamres22 to have a go on Lap 7. Didn't pull it off at T2 as we bumped wheels, but managed to get the pass done at the second DRS zone. I kept the position until a great battle unfolded on Lap 9 where I lost the position at T2 but thought I had got it back at T6 before he did the switchback and passed again. I then decided to pit this lap if he didn't. He did so I stayed out and stuck to the original plan of pitting on Lap 11 for the Medium tyre. It looked like it was a good plan as Hamres had actually ended up in a battle with @Zaack! Who had been behind me for the opening 5 laps before pitting on Lap 6.

The gap was only 1.2 seconds though which by the end of the lap, was 9 tenths. So they were quickly in DRS range. I was able to maintain the position for a couple of laps until @Hamres22 got me at T5. I tried to reclaim the position at T6 again but we made contact and I slid a bit which cost me to drop back behind @Zaack too. I then decided to recharge the battery a bit, watching the two battle it out, swapping places while I found out that Hamres had penalties and Zack had a huge penalty. So I knew I didn't have to take any risks and could just stay within range of them.

So I was now somewhat chilling until Lap 19 when I realised @EOttoes was coming through the field on Soft tyres and was starting to catch up to us, albeit he did have a penalty too. The gap was 4.5 seconds after the second sector, then due to the battle ahead of me, we lost a bunch of time in the final sector and the gap behind was now 3.1 seconds! So I decided to start pushing again and found my chance on Lap 20 at the second DRS zone where I got a better exit at T11 and passed @Hamres22 straight away. My footage then cuts out but I passed @Zaack either at the end of the DRS zone or the corner after, I can't remember myself but either way, I was now up into P3! By the end of the lap, Eottoes was now on the back of the train.

I maintained position but @Hamres22 did have a go at the end of the second DRS zone but went too deep. I did the switchback to avoid his car but accidentally turned in too early and cut the corner, giving myself my third warning and a penalty. Hamres and @Zaack resumed their battle which gave me a little bit of breathing room for a bit. Lap 25 and Zack had caught up to me again and passed at the second DRS zone. I could now check @EOttoes penalties behind who I found had an extra one more than me. So again, I didn't need to worry too much and could just stay within range. Lap 26 and Zack went too deep at the end of the second DRS zone which allowed me to go around the outside of T15 to claim P3 once again. That wasn't the end though as again at the second DRS zone, Zack overtook me again, forcing me to cross the line in P4, but finishing P3 after penalties!

Conclusion
A brilliant race and a second podium in succession! Some brilliant battling but I'd be lying if I said I wasn't disappointed at some of the track extending going on. Regardless, I got my third podium of the season so I was happy with the result. =)
Reactions: robin8f
You must log in or register to reply here.
Share:
Facebook Twitter Reddit Pinterest Tumblr WhatsApp Email Link
Top Bottom