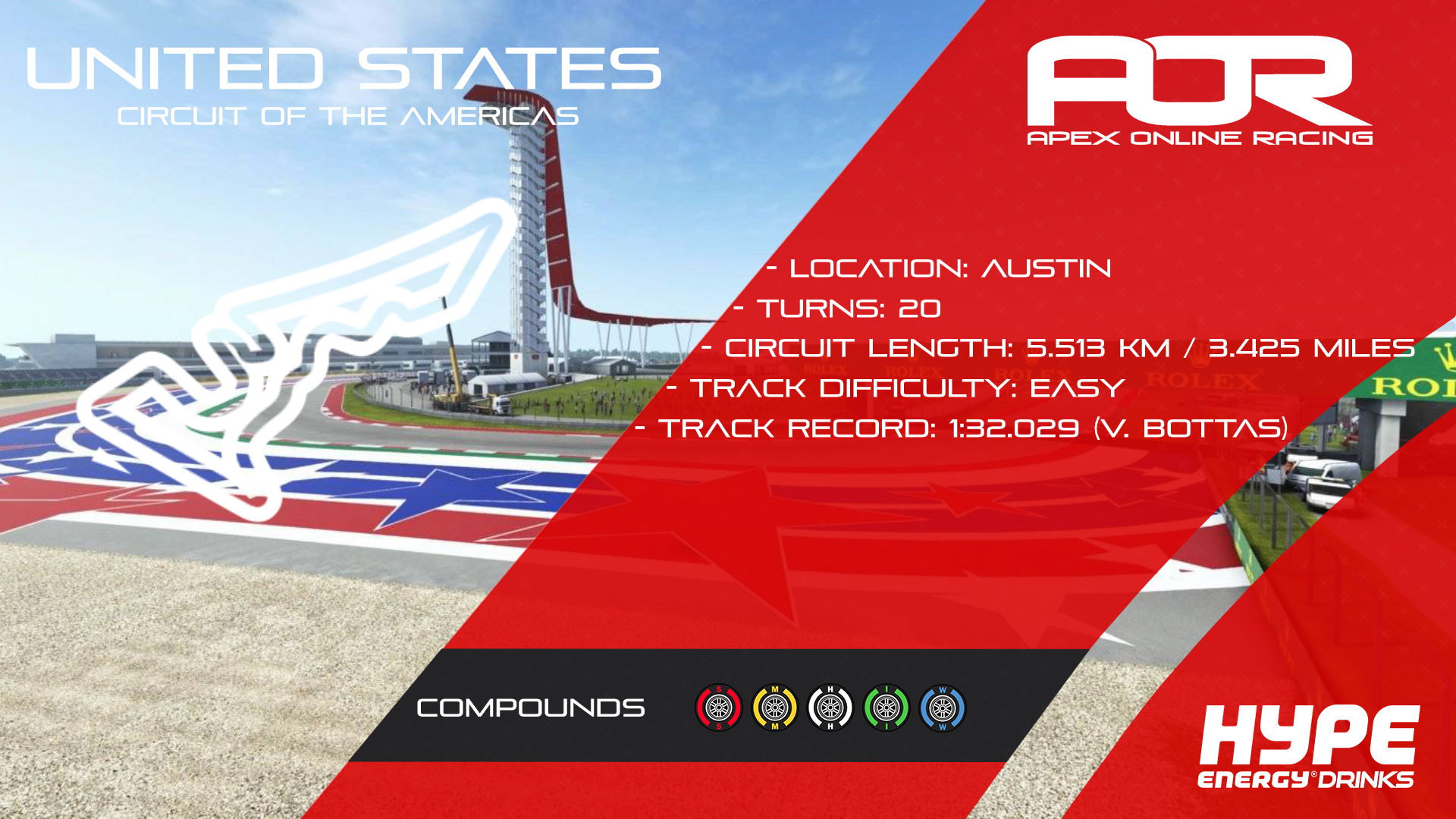 It seems the game isn't very strict on the exits of turns 9 and 19, please make sure you adhere to track limits at all times. I won't be chasing anyone up but know that you can be penalised regardless of whether the game gives you a penalty or not.
Reactions: SamGamerOfficial

Hasnain said:
View attachment 100493
It seems the game isn't very strict on the exits of turns 9 and 19, please make sure you adhere to track limits at all times. I won't be chasing anyone up but know that you can be penalised regardless of whether the game gives you a penalty or not.
Click to expand...

Aren't we allowed to extend naturally the exit curb of turn 9? Like real F1 drivers does. It is more realistic in my opinion and less steering input putted in to go easy on tyres that overheats quiet quickly around this track.

SamGamerOfficial said:
Aren't we allowed to extend naturally the exit curb of turn 9? Like real F1 drivers does. It is more realistic in my opinion and less steering input putted in to go easy on tyres that overheats quiet quickly around this track.
Click to expand...

No. White lines are the track limits.
Reactions: SamGamerOfficial

Hasnain said:
No. White lines are the track limits.
Click to expand...

Could we also put midday time instead of official time, because the last corner is just horendous to judge with the sun that completly blinds us off. Could also be dangerous if someone spin around the final corner and so another upcoming fast car can't quiet see anything to take evasive action...

So we cannot overall? After reading PS messages

It will be run on Official ToD

Can't make it again. Sorry guys, have a good one!
@Hasnain
Reactions: SolidNinjaSnake

Qualifying - P10
Started the session with two runs on the Hard tyre, the first of which being a banker lap. The second lap wasn't much better as it was a bit of a mess. Then I went and did two runs on the Medium tyre. Not much to say except after the session, I didn't know whether to laugh or cry at how bad it went haha! In the end, I set a 1:33.281 to claim P10.

Race - P7
The start off the line was okay considering everyone around me was on the Soft tyre, but then T1 was where it all happened. I'm not sure if @Heaxxy or @Hamres22 made contact with @Hasnain, but that allowed me to quickly gain two positions before grabbing a third after @silver-sponge went wide. At the end of the back straight, @EOttoes and @TheTubbyNinja ended up side by side where I then took the risk of trying to follow Eottoes through the inside of T13. It worked as I then ended up alongside TubbyNinja before going around the outside at T16 to move myself up into P6. So it was a great first lap for me climbing four places!

I quickly lost a position on the second lap at the hairpin to @Heaxxy who was recovering from the beginning of the race, but I soon regained the position on the third lap after @Hamres had a spin. I was then trying to close down @EOttoes which didn't happen until towards the end of Lap 7, with T1 on the next lap being my opportunity as he had a bit of a slide and I was able to go around the outside to make the pass at T2. I then started to close down Heaxxy but before I could pass him on track, he dove into the pits on Lap 9, leaving me to now lead the race! For a bit at least, as @robin8f and @maxou13-12 who had already pitted, were soon on their way as they were only 2.5 seconds behind. I didn't put up a fight against them while they both made their way through on the back straight on Lap 11 before I pitted on Lap 12 for the Hard tyre.

Annoyingly as I pitted, I broke the speed limit by 2mph and got myself a 5 second penalty... I came out the pits in P6 and quickly had @Hamres22 closing in on me, which was further helped when we got to the back of @rich500. I passed him at T1 on Lap 16 but unfortunately, so did Hamres who later passed me on the back straight. It wasn't over yet though as I then made the move at the same place, but ended up being side by side before it looked like I had got the position back by T14. However, Hamres had other ideas and dived down the inside of T16 where I quickly had to turn out of the corner and in again. We then ended up side by side around T17 & T18 (why these are classified as two separate corners, I don't know haha.) before messing up the corner that I had been struggling with of T19 and just drove straight of the track, allowing Hamres to once and for all claim P5.

I think I recall trying to do something at this point but I can't remember what exactly, except the fact it didn't work haha, as I then dropped away from @Hamres22 while @Hasnain was only about a second behind me. Nothing else happened after this as I was just trying to catch up to Hamres while also not falling to Hasnain. In the end, I finished P6, before jumping to P5 briefly due to Hamres' penalties, before I then dropped down to P7 due to my own penalties...

Conclusion
To sum this whole event up, I think it was a case of not knowing whether to laugh or cry haha! I was struggling a lot with T19 and I think I remember pushing too hard after Hamres passed which caused me to get warnings and penalties. The penalty for the pit speed limit didn't help either so yeah... It was a really disappointing race this one and I remember during it feeling frustrated. From what I recall of the other races, I feel like this was easily the worst I've driven in a race, especially around here too. I remember having a great result a few seasons ago but yeah, it was an absolute mess this season haha.
Reactions: robin8f and EOttoes
You must log in or register to reply here.
Share:
Facebook Twitter Reddit Pinterest Tumblr WhatsApp Email Link
Top Bottom