Love this circuit hopefully it can produce a great race
Reactions: AOR Reversal and TheFlyingFinn08

Might not make it later (tonight), will confirm (by DM'ing @Ycoms or @Finch ) around 5-6pm ish if I can't..
If I don't end up making it, hope y'all have a good race!
Reactions: AOR Reversal, Finch and Ycoms

This will be such a close race.
Reactions: AOR Reversal and RBOS_00

For once... I don't want it to rain
Reactions: Ycoms

Won't be racing. Got 2 blisters on my hand...
Reactions: Ycoms

I will be unable to attend tonight's race, apologies. @Ycoms
Reactions: Ycoms

Has Streez ever not created an incident this season ? He runs into @TRL Limitless who then rejoins with dirty tires in the middle of the pack. Everyone is trying to avoid him. Of course I happen to arrive side by side with him at te narrowest place on the track. Contact. We both go onto the grass. He then rejoins in the WORST way possible and blocks the track. I run into the back of him. Lag ensues. I get thrown into an aerial 360. Broken front wing. Race ruined. Just my f***ing luck.

I hate to come up with this, but driving standards need to improve. It's the third race in a row where my race is pretty much fucked after the first lap, even with me not qualifying in order to avoid this.
Reactions: George, TheFlyingFinn08 and Seiyariu

Quali was very meh, didn't reach the goal of starting straight behind the frontrunners. For some reason I'm not able to improve my times when it matters at the end of the session (or barely yesterday by 8 thousands).

Just on the wrong side of the track really going into the Senna S, dropped me down to P9 and couldn't make up any places in the first stint. Ofc caputalised from the incident ahead on L4 as well.
Went for the undercut which kind of worked. Tried to get near the pace I had in practice, wasn't too far away from it as I was starting to catch Jason after we both overtook Sickskills. On L17 though I decided to not control oversteer out of the final corner. Little harsh that my wheel fell off there maybe, but by far the most stupid thing I've done all season. 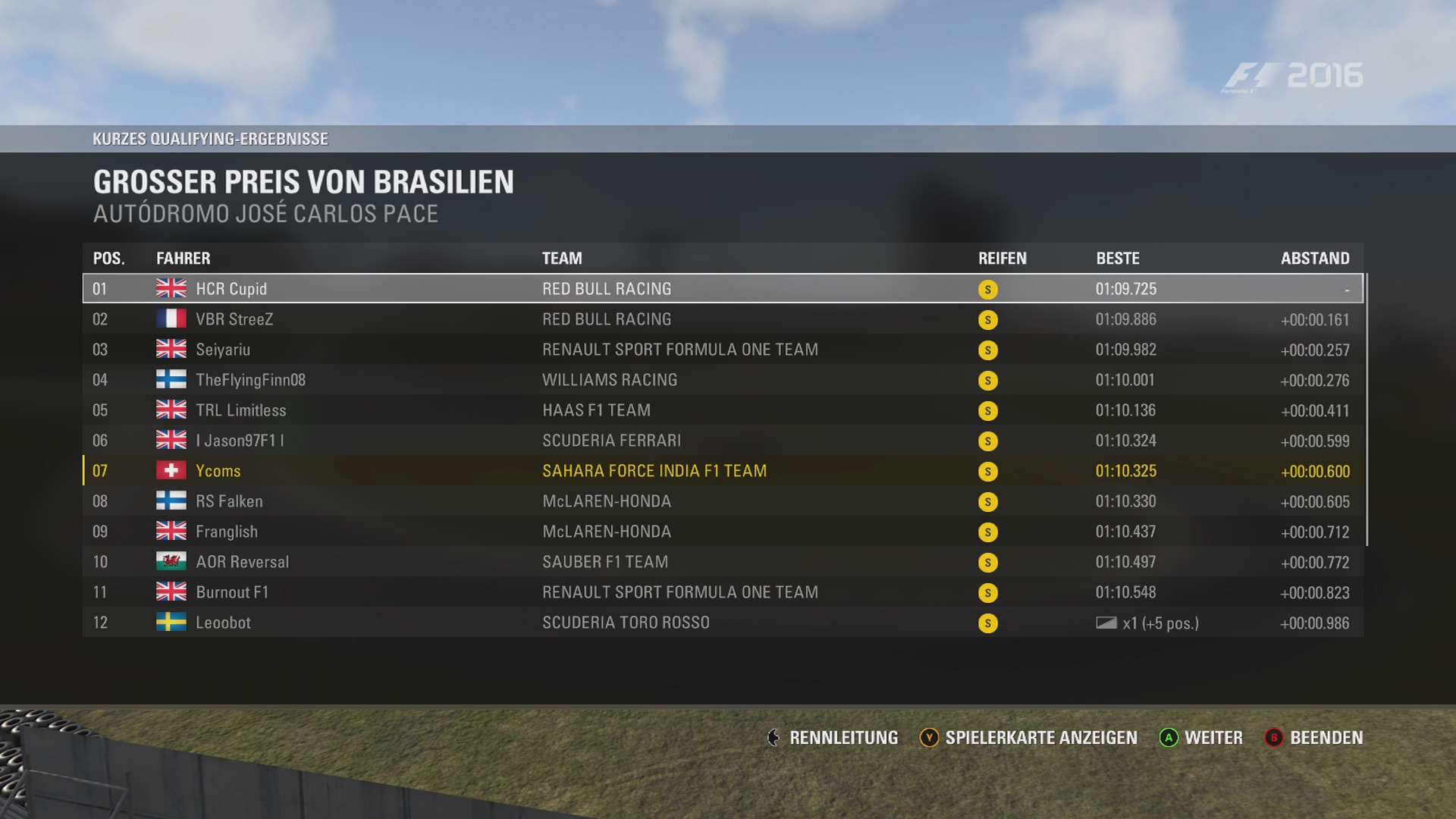 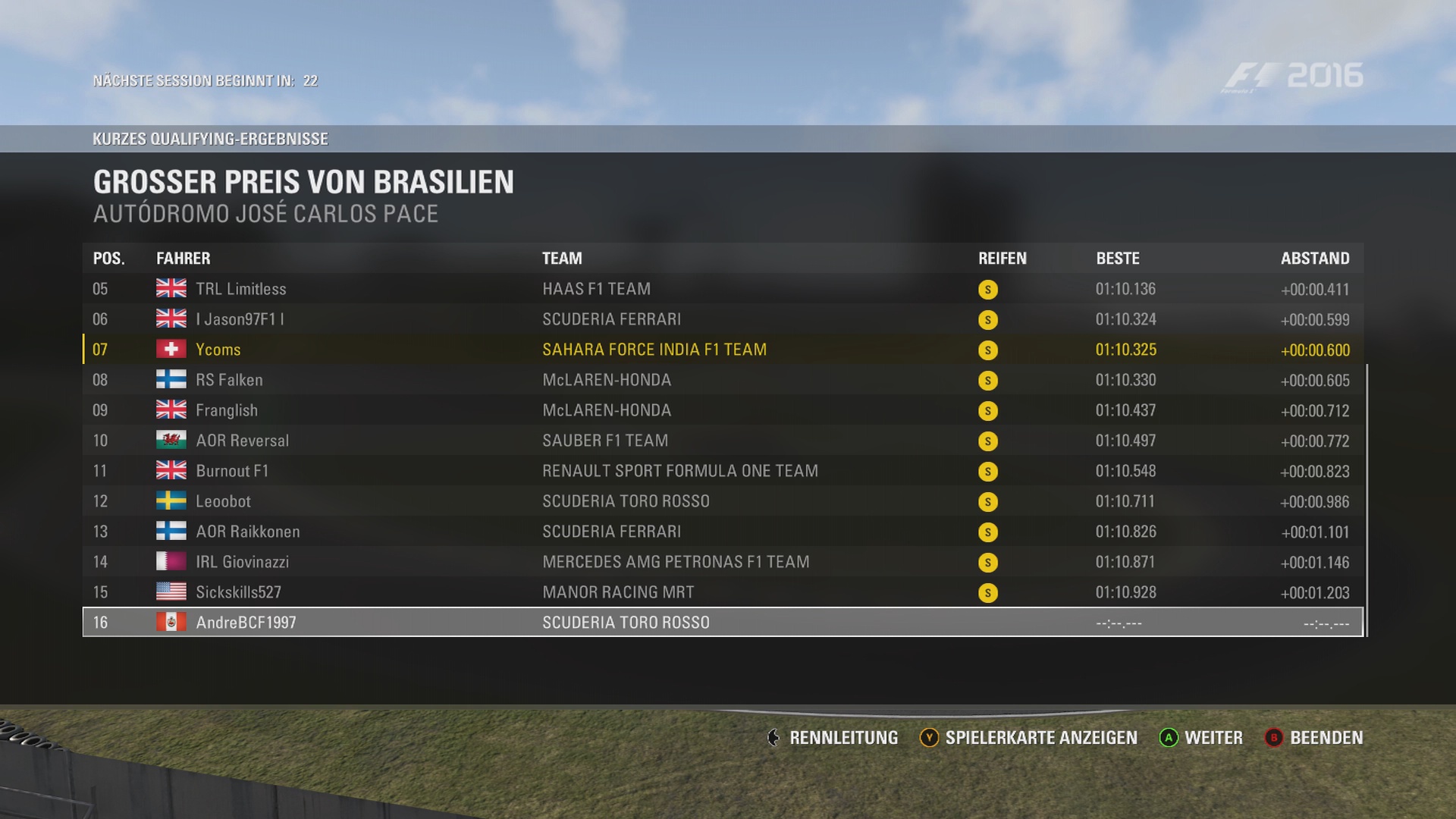 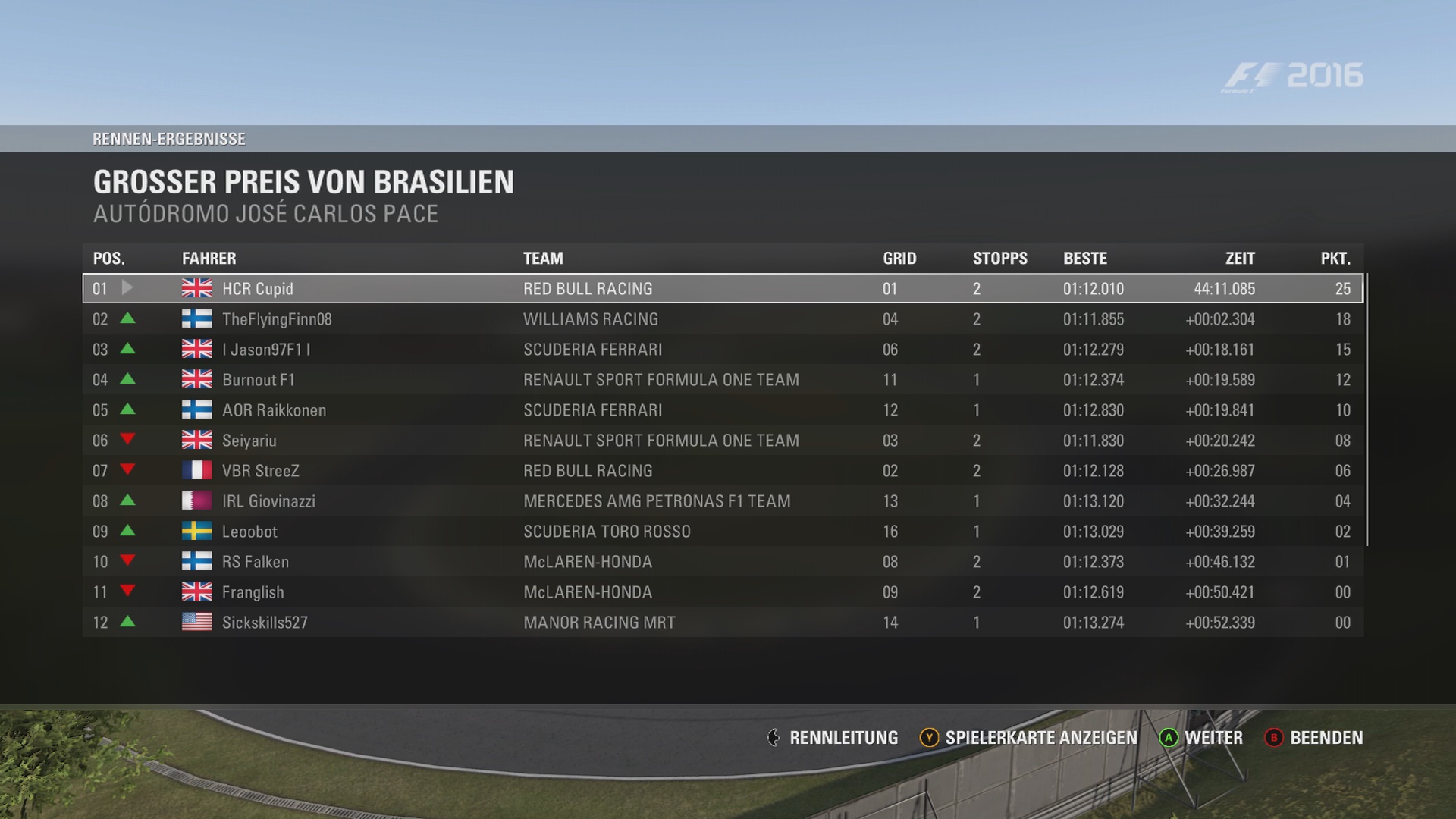 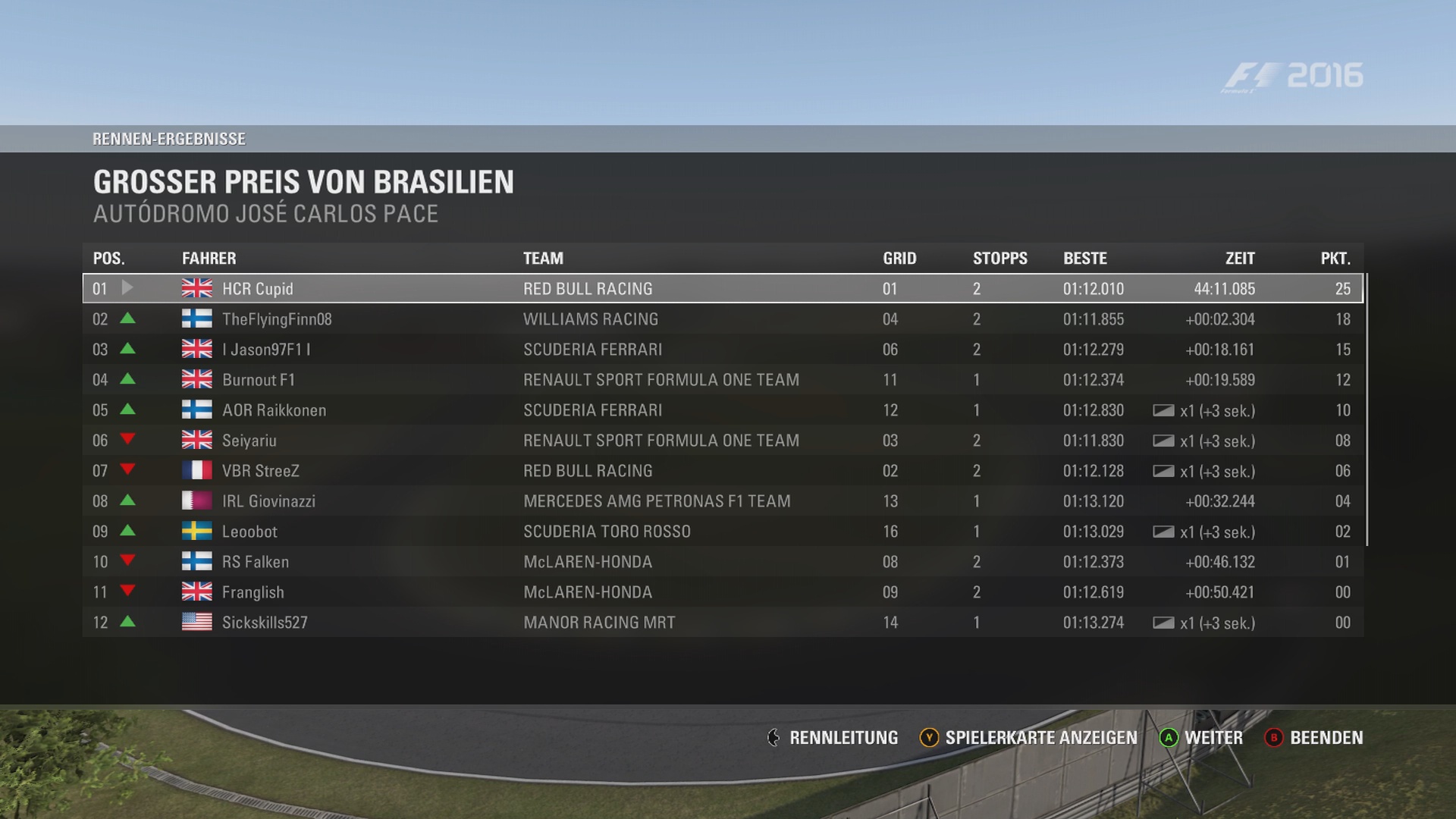 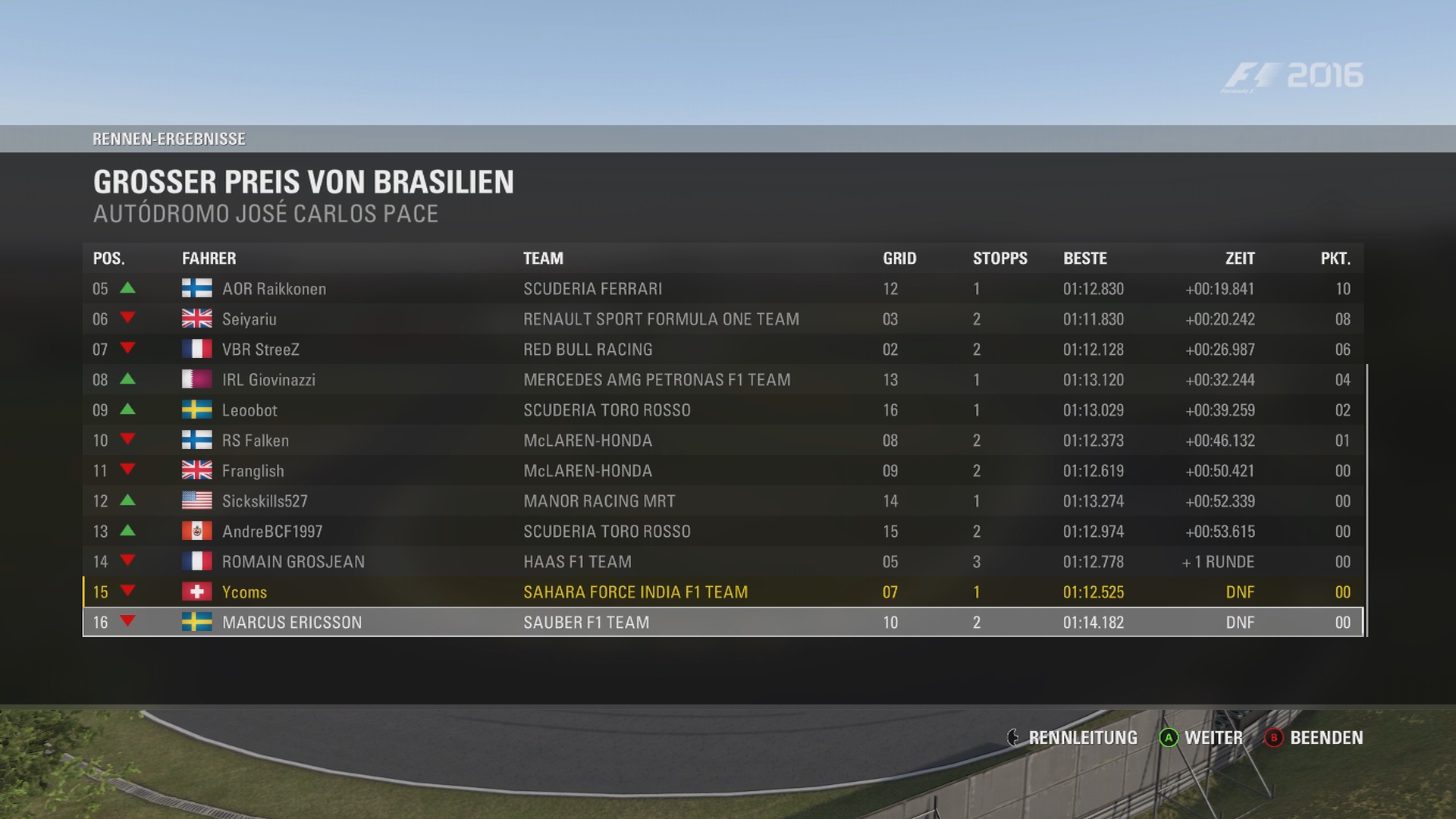 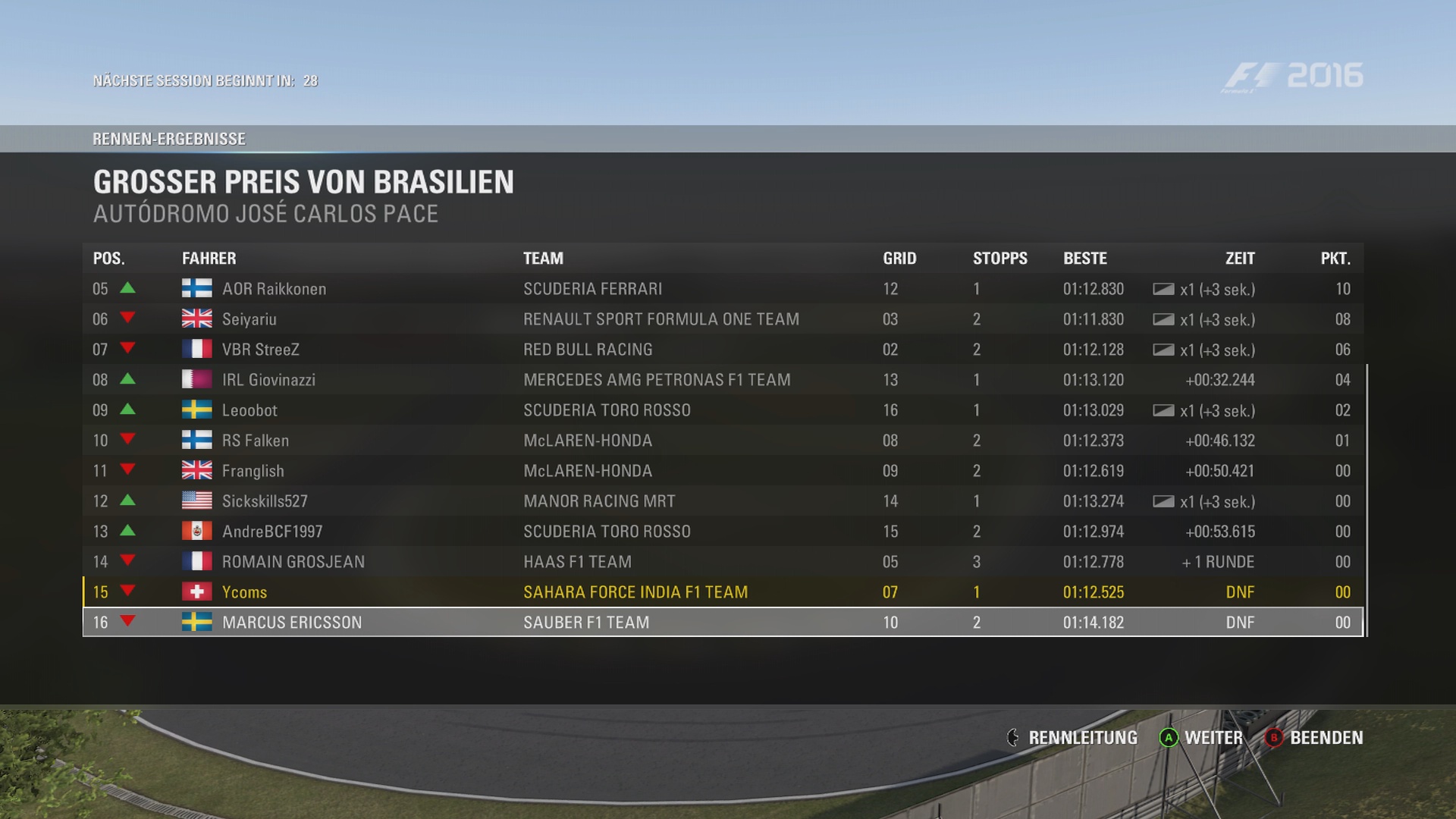