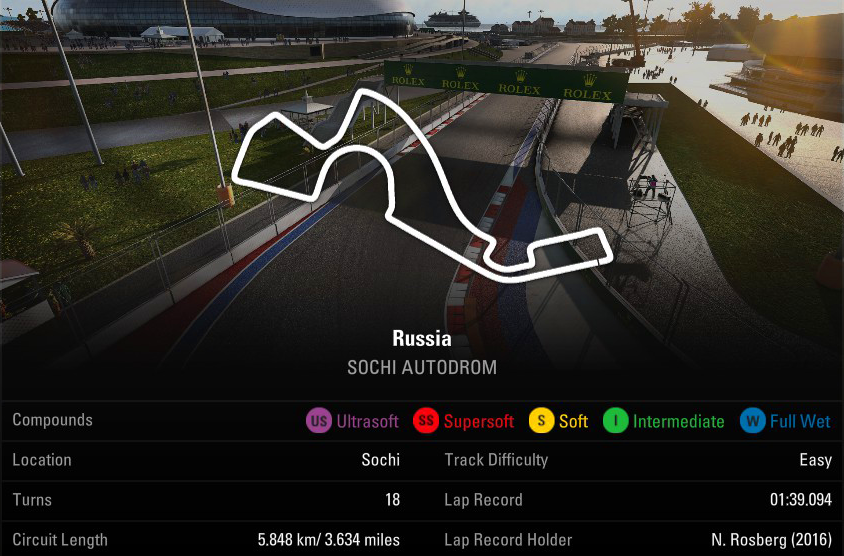 Can I join this race? Are there any spare spaces? I have uploaded time trial, screenshots etc.

Quali sucked, invalidated lap and next lap for cutting turn 4 or something how does that make any sense.

Race knocked my front wing off lap 1, pitted, and I honestly have no clue how people were doing 1:48's, I was struggling to get below 1:51.

Decided to not bother pitting again, what's worst that can happen, and struggled home to 7th after knocking half my front wing off again on lap 24 trying to keep the new guy behind.

Not a terrible result after the start, but without that beginning I could've been on the podium due to not stopping.

Sent from my SM-G930F using Tapatalk

Qualified third with an ok banker, but it rained so no one could improve, can't complain with it,

Had a good start, pulled alongside tadpoles, but broke a bit too late and lost a bit of my wing on xtrema, it was ok though, the pace as good and I was able to take the damage to lap 11. I pit and changed my wing, I could do anything about xtrema, but I was catching tadpoles by like half a second a lap, he bottled it and spun, I passed him but it gave me illegal overtake. I finally got the position, settled into 2nd but disconnected. I shat my self at first because I could find the take over button, I finally found it and came home in 3rd.

qualified on 9th, but I bottled second sector, so it could be better

My start was good, but on first corner when I thought that I pass all accidents Mike spun and blocked my way so I dropped to 13(?) place, but then I start overtake cars in front of me. I need 2-3 laps to overtake Portuguese, and start chassing Ellernoget. I catching him by 1.5s per lap, but this track is hard to overtake so I waste 3-4 laps. Than have 3 laps to my self and after pit I went behind Mike. It was really great! And I overtook him after few laps, but tbh I wasn't much quicker and than I have 10 laps and 10s to Limaro. I catched him around 4 laps to go, and after first attempt of overtaking I went out off track and lost 3s. Then I had only 2 laps to go so I start push like crazy and then attacked 3 corners before the end. I risked everything and this time it paid off! So I finished on 9th.
It was really exciting race! Without all these fights I could be around 6, but races are all about fighting on track!
Thank you guys! This 2 points taste like podium to me

Had an okay quali tbh, had an incredible start and really happy with 5th cost myself 4th in the end but looking to now get on a roll and score lots of points, aiming for a top 10 finish in the championship.

I presume results will go up before the race tomorrow?
Reactions: Carbon

Zaid badawi said:
I presume results will go up before the race tomorrow?
Click to expand...

Zaid badawi said:
I presume results will go up before the race tomorrow?
Click to expand...

Well surely they must go up before monaco...

Do you want me to send you the results in here? Everybody but Zaid is listed as a DNS for Spain and I can send the Russia ones aswell if I have them, as a few positions e.g. 6th aren't listed in the standings.
Reactions: Carbon

Jonezie1803 said:
Do you want me to send you the results in here? Everybody but Zaid is listed as a DNS for Spain and I can send the Russia ones aswell if I have them, as a few positions e.g. 6th aren't listed in the standings.
Click to expand...

Will send Russia ones later when I'm back home

Zaid badawi said:
Also did you want the quali results with the times?
Click to expand...

As well as Russia quali results?

Zaid badawi said:
Also did you want the quali results with the times?
[DOUBLEPOST=1510752922][/DOUBLEPOST]
As well as Russia quali results?
Click to expand...

Can I ask, AGAIN, that I am placed on the reserve list for this league as I would like to be a racer in it at some point.

captinfranko said:
Can I ask, AGAIN, that I am placed on the reserve list for this league as I would like to be a racer in it at some point.
Click to expand...