The race calendar for Season 14 will feature all 20 rounds.

Notes:
● We reserve the right to make amendments to the calendar during the season if deemed necessary, in which case an update will be posted as a reply to this thread.
● The break weeks on 22nd & 29th October are due to clashes with the real-life US & Mexican GP's. The break weeks on 24th & 31st December are due to Christmas/New Year's. The break week on 11th February is to split up the second half of the season in two nice blocks rather than running 10 races straight. 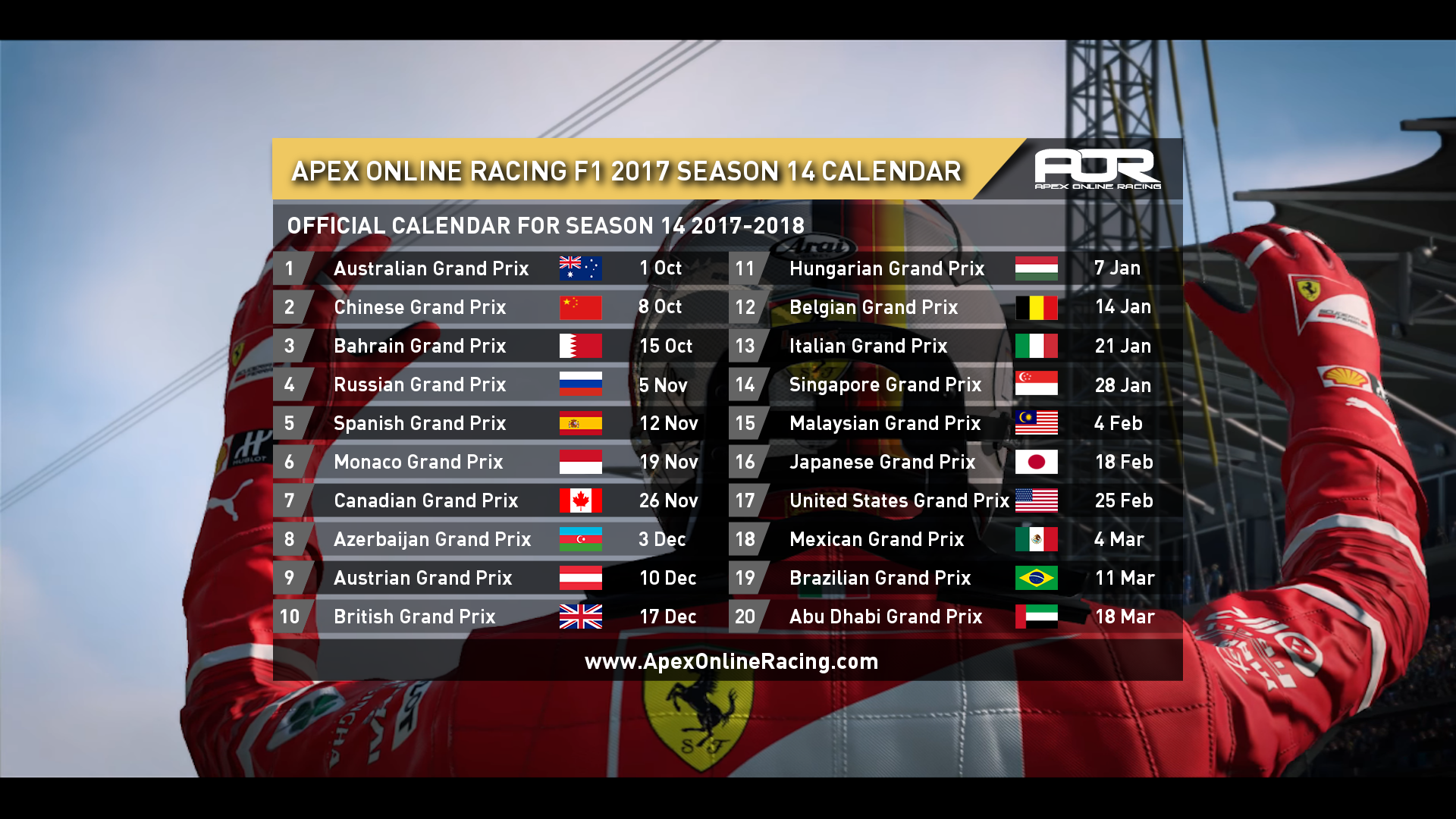