Season 15 of the AOR F1 Leagues will feature a shortened calendar of 15 rounds, in order to ensure that the season is completed in due time before the release of the F1 2018 game. This means 5 circuits have been left out, as selected by the coordinators, leaving 15 awesome circuits for the drivers to battle it out across the 4-month period! 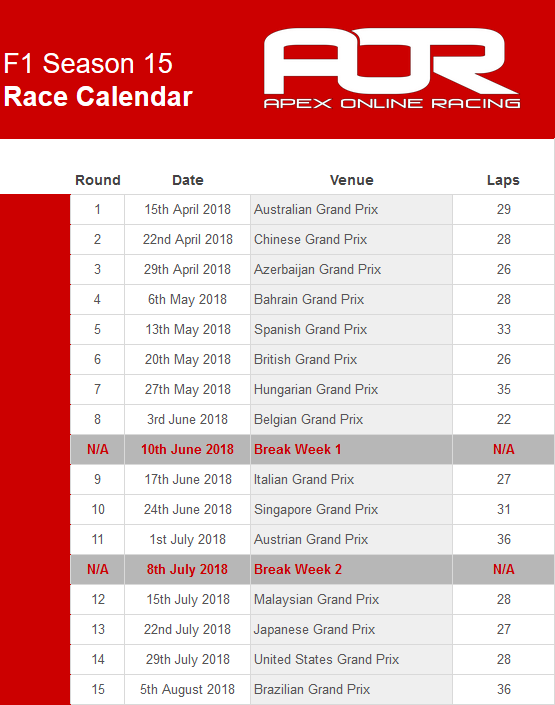