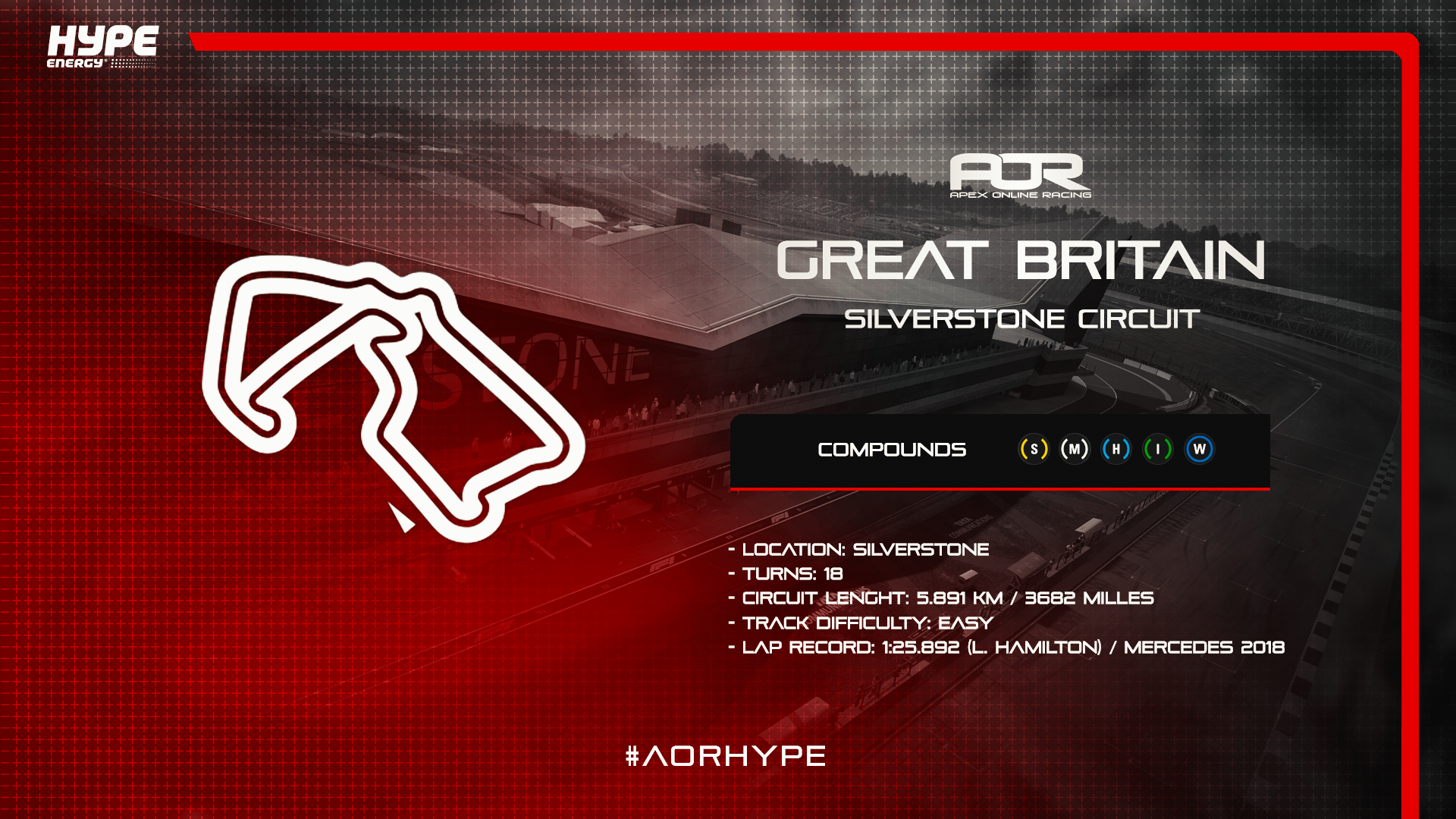 Me:
We're due a safety car

tbh I could use one, I'm really not good around here
Reactions: frandythomsen and xXVik-StarRxX

It is an important race for the championship contenders. With Jordy almost granted a qualifying ban or something else, Vikstar and Jompalainen really need to get the maximun amount of points out of here

PedroPMF said:
It is an important race for the championship contenders. With Jordy almost granted a qualifying ban or something else, Vikstar and Jompalainen really need to get the maximun amount of points out of here
Click to expand...

Knowing my luck I won’t lmao

Will not be attending again. I am home with my family due to some circumstances. Will be back next weekend for sure and for the rest of the season I will not be missing races or shouldn’t. Didn’t expect to be missing 2 in a row but family comes first. Thanks and good luck to all today. Sad to be missing my favorite and best track
Reactions: HiippariLate

Cant do the race because I have to work all the sundays of this month. Gg for the quali ban that i will have to serve in germany.
Reactions: HiippariLate

Will be racing after all. I was able to get back.
Reactions: HiippariLate
J

Qualy: Okay, considering. Had a slightly wet setup on and had 2 qualy runs screwed by a desyncing car in the esses, so P3 was good.

Race: Messed up my start, being too focused on what was gonna happen with the desynced car ahead and completely missing T1 and going down the field. Wet pace felt allright after that I reckon, had some decent battles along the way but for big parts it was a lot of desync-avoidance during the race since my game/connection/the lobby/whatever got screwed. Had no idea where I was on track since the position indicator kept jumping a lot and I had no clue where everybody (really) was. Got some front wing damage off a desynced Frandy around lap 17-18 and snailed it to the end, was good enough for P6 so I'm happy to take that and move on. Big shout out to @oo7_pROF3SSIONAL who served as my personal battering ram for a while on my screen, though it did backfire in the end with the front wing damage.

Race highlights:
E: At the end of the video, bit too wet still for those slicks boys

RACE REPORT
QUALIFYING: P1. I finally got my first pole position this season. I had to use a dry setup because I didnt have any for wet conditions.
RACE: P3 (Provisional) With the whole race being under fully wet conditions, and pitstop being so slow, doing 0 stops was the way to go. I always struggle with tyre wear so I did not know if I could make, but with nobody near me stopping, I only had one choice. So, I lost the lead to Frandy in the start, but a few laps later got it back. I am not a really a consistent driver on the wet and the cars behind were quickly closing on me. I made a mistake and drop to P3, but later on I recovered P2. The gap was around 3-5 seconds to slimbo in the lead and he had a 3 second penalty, so it was just a case of closing the gap a bit. On lap 13 out of 26, the tyre situation was not looking good. I had +40 tyre wear, so it was race critical to save tyres. I increased the brake bias and lowered the differential to try to do so. Close to the end of the race, Slimbo started to lose a lot time, probably due to tyre wear, and I got P1. Now it was just a case of getting to the end without any penalty, mistake or puncture. On the last 2 laps I started to lose a lot of time because the tyres were at +80%. Due to that, I lost the car before Copse on the final lap, losing the lead to Vikstar, and things just went even worse. Before Stowe I got a puncture. With 3 corners remaining I tried my best to hold P2 but I simply couldnt control the car and got an unfair 10 sec penalty. I crossed the line in P4, but ended P3 because of other people penalties. I am apealing my 10 sec penalty so I will probably get P2 (unless they also appeal their penalties).

Devastated with the final result as it all looked set to me taking my first win this season. Nevertheless, I am quite happy with my performance, both in qualifying and especially in the race, given that I do not like driving on the wet and I am usually not a good driver in those conditions. No doubt I will try even harder for Germany. I have stepped up in the last couple of races and I want to keep my good momentum. Congrats to Vikstar on the win! And enjoy Christmas!!!!

The lag has been quite bad on this race. I feel this should be looked into detail before the next race, because I have watched others people POV and it was almost undriveable. @HiippariLate

PedroPMF said:
The lag has been quite bad on this race. I feel this should be looked into detail before the next race, because I have watched others people POV and it was almost undriveable. @HiippariLate
Click to expand...

thats the games fault not ours. Codies doing a shite job as usual lol

Race report:
Quali: i was expecting to get outside the top 10 so then when i got provisional pole i went crazy, unfourtunately @PedroPMF took it, but i was still very suprised with 2nd as i hadnt done a lap anywy near that in practice and i used a wet setup.
Race: good start, moved into 1st, but a few laps later i lost it to pedro at (luffield???) and on the next lap @SlimboDude overtook me in the exact same way because my tyres were massively overheating and i understeered like a boat. And after that i was creating a bit of a train and on the exit of stowe i lost the back end and hit @KazF1 and then i had to let him through again and then i lost 3 positions. Then i got a bs penalty which held me up for 5 seconds in the pit lane which meant i came out behind @HiippariLate and @Schnixel thankfully my pace got better in the 2nd stint and i overtook hiippari again and finished in 9th. Bit annoying when it looked so promising

Race Report:
Quali - P12
Had to come up with an improvised wet setup as I wasn't really feeling like sliding around with 8 ballast for a whole wet race. 27.1 was probably around expected given the setup and that put me P12.

Race - P4 (provisional)
Managed to survive lap 1, was upto 9th but quickly fell down to by the end of lap 2. A few laps later I saw that I was using too much tyres, so decided to take it easy (given I was at the back anyway) to make sure I get the tyres to the end. Nothing much happened for the rest of the race, was following Schnixel for the most part not able to get a good run to make a move on him, managed to get it to the end just behind a wounded Jomppalainen on track, last of the no stoppers (will probably P5 once all penalties are sorted out).
Congrats to @xXVik-StarRxX on the podium and well done to the other 4 who made it to the end on the 1 set of tyres.

Not much highlights to show but here they are anyway:

PedroPMF said:
The lag has been quite bad on this race. I feel this should be looked into detail before the next race, because I have watched others people POV and it was almost undriveable. @HiippariLate
Click to expand...

Happy New Year everyone! I can happily inform you that Overtake Of The Week is back for the PS4 platform for the remaining of the season. Each round's OOTW thread can be found, when created just after every race, in the AOR PS4 Leagues Sub-forum just bellow the tier forums. If you want to know more information about this click here.
You must log in or register to reply here.
Share:
Facebook Twitter Reddit Pinterest Tumblr WhatsApp Email Link
Top Bottom