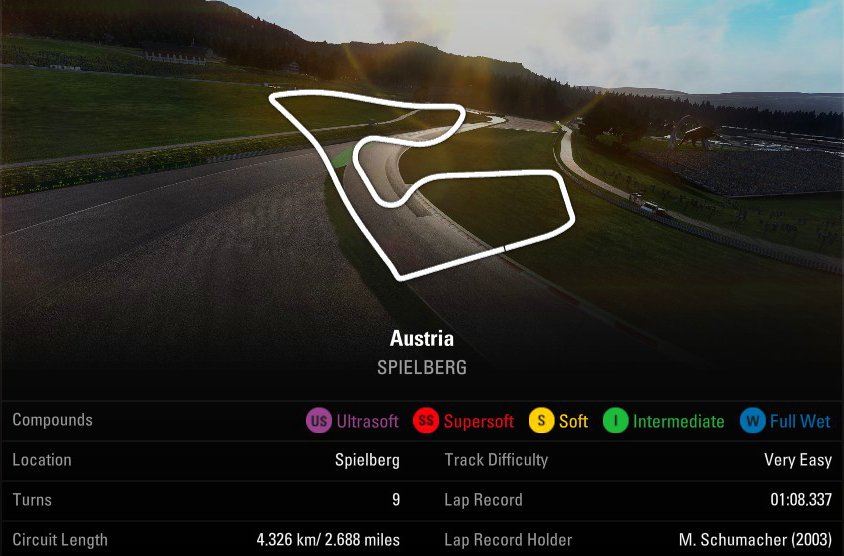 Not sure if I'm racing this one. For one I have to fix my pedals, but this day I also come back from a company night out. Might be that either me or my liver needs a proper rest that day.

I'll update when I know (probably not until the sunday)
Reactions: Jipper
F

I was lagging a bit so sorry to anyone who has made contact with me, even though I don't think there was.
Well, started P6, lights went out later for me so I dropped to P11, then I had a very good battle with @Snook and some other guys, which was nice.
I managed to recover to P9, I had fun, which is all that matters now that I'm so far from where I should be in the championship, gratz to @Póstás Delfin

Pre-race
Pedals broke an hour before the race last week, and I hadn't had time to fix them. I was out all saturday and most of sunday, so I managed to fix the pedals about 20 minutes before the race. I guess the best way to test if your pedals are really fixed is a league race amirite.
Oh, and did I mention I hadn't had any practice?

Qualifying (P8)
I had done like 5 laps in time trial, so I hadn't really gotten used to the circuit yet. Because of this the first lap was a complete write-off and would've put me in last position. The second lap I got cucked by cutting the first corner. The third lap was pretty good luckily, only really losing time into and out of T3 (or T2, w/e you call it) and on the final corner.

Race (P7 / US -> S)
From the moment I started revving for the start, I noticed I had no engine sound. I was having a nice Formula E glitch, because this game is #EsportsReady. Overtook @FraGioco9 off the line as he was having a miserable getaway and managed to survive T1. The rest of lap 1 was pretty normal. I started having some issues after that though. I wanted to try and push on, but because I had no engine noise, I was having trouble with driving the track correctly. After making some mistakes because of this, I lost a position to @Ping2High because of making a mistake. I was trying to fix the engine noise issue by pausing and un-pausing on the straight, but this didn't help. Because of this I managed to rack up a 3 second time penalty in the first few laps because of mistakes I was making. On lap 8, I went into the audio settings, tweaked a slider a bit, and this reset the audio, giving me my engine sound back FINALLY.

Near the end of my stint, I had @Kreosteijn breathing down my neck, but he made a mistake in T4, relieving me of that pressure. After that it was time for me to pit, after lap 13. Tires were ~70% worn at this point. Rejoined in P10, with @Kreosteijn a few seconds behind me. That few seconds quickly evaporated though, as I had to lift off majorly after T1 to avoid @Borderline and @Ping2High crashing. They didn't look ghosted on my screen, and I've had a potential P2 taken away from me here last season because of a non-ghosted spinning car, so I was being extra careful. Downside of this is that @Kreosteijn was now well within my DRS. We stayed pretty even for a while, until I went wide in T1 in lap 17, gifting him the position.

At first he was running away. Then I started catching back up, eventually following him within a few tenths again. This went on for a while until lap 25, where he went very wide out of the final corner, and I overtook him up the inside into T1. I managed to get him out of my DRS and keep him there for a while. This went on until lap 31, where I was the one who was sent wide out of the final corner. I defended the inside, but he did me in around the outside of T1. Also, now I had a very eager @Snook behind me wanting to join the fight, so I had to push on. I managed to stay right behind @Kreosteijn until the end of the race, finishing 2.5 tenths behind him on track.

All in all not too bad of a result for not having had any practice. Malaysia next... ? At least I get an extra week to prepare myself.

I started in 3rd position, but quickly dropped back to 6th during the first few laps of the race. On lap 9 I lost control of the car and slid into the path of @Ping2High, who hit me and broke his front wing (sorry man). The last 20 laps I had a fun battle with @Rienk for 6th place, where I eventually finished ahead.

Pre-Race
Did quite some practice races for this one and in the last 2 my racepace was really coming together, being able to run 1:08's on my soft stint pretty consistently.
Qualy pace was still really inconsistent, but a 1:06.low was easily possible.

Qualy (P16)
Wanted my first lap to be a decent banker lap, which it was up untill the last 2 corners. Lost a lot of time there and set a 1:06.8.
My second run was invalidated before it even begun which allowed me to do 2 laps on my last run. Unfortunately I got held in the pits by my teammate, leaving me to 1 run with pretty high fuel. I think I was on for a low 1:06 or a high 1:05 but I invalidated the lap going slightly wide into turn 7(?).

Race (DNF)
The low qualy position did allow me to go for a faster strategy (SS - S).
My launch off the start was pretty good. Gained 2 positions because of the launch, then there was a gap around the outside which allowed me to gain 2 more in turn 1.
For turn 3 there again was space around the outside which would have given me 1 or 2 more positions, but Snook made a mistake under braking and we ran into each other, giving us both wing damage. I decided to pit at the end of lap 1 to change my wing and go for the US to S strategy. I was very, very dissapointed because this was basicly my last chance to make a championship run
The US stint was nice in clean air. I did consistent 1:09.low (except for the last few laps). I caught back up to the rest of the field, and with my pace some points were on the horizon.
Unfortunately, my soft stint didn't last longer than 3 laps. At the end of my 2nd lap on them, I ran into the back of my teammate and broke my wing again. I had to stay out for 1 more lap because he was also coming into the pits.
On the next lap I pitted to the Super Softs, and hoped that I could push in clean air and see where it took me. Unfortunately, the pitstop caught me right in the middle of the front runners, and I had do let the top 4 through. I was in the front seat to see the battle for 2nd position, which was nice to see, but I was driving like a grandma because I was not allowed to overtake. From here on out I knew my race was now completely doomed. I lost concentration, picked up some time penalties and eventually spun out and decided to retire, which I shouldn't have done because I have never DNF'd an AOR race before and I do like that statistic. But it wasn't on my mind at all.


Luckily I have no time to think to much about this race, as today I have my promotion race for the Ziggo Pro League! If I make it that will definitely make me forget about this horrible, horrible race.

After doing 0 practice for this race and driving like an absolute bean bag for 36 laps, I feel like I can die in peace now.
AND YES, IT WAS *{%]^]^ @Rienk THAT WAS AHEAD OF ME ANOTHER 10 LAPS

Snook said:
After doing 0 practice for this race and driving like an absolute bean bag for 36 laps, I feel like I can die in peace now.
AND YES, IT WAS *{%]^]^ @Rienk THAT WAS AHEAD OF ME ANOTHER 10 LAPS
Click to expand...

Never been so angry about a race...