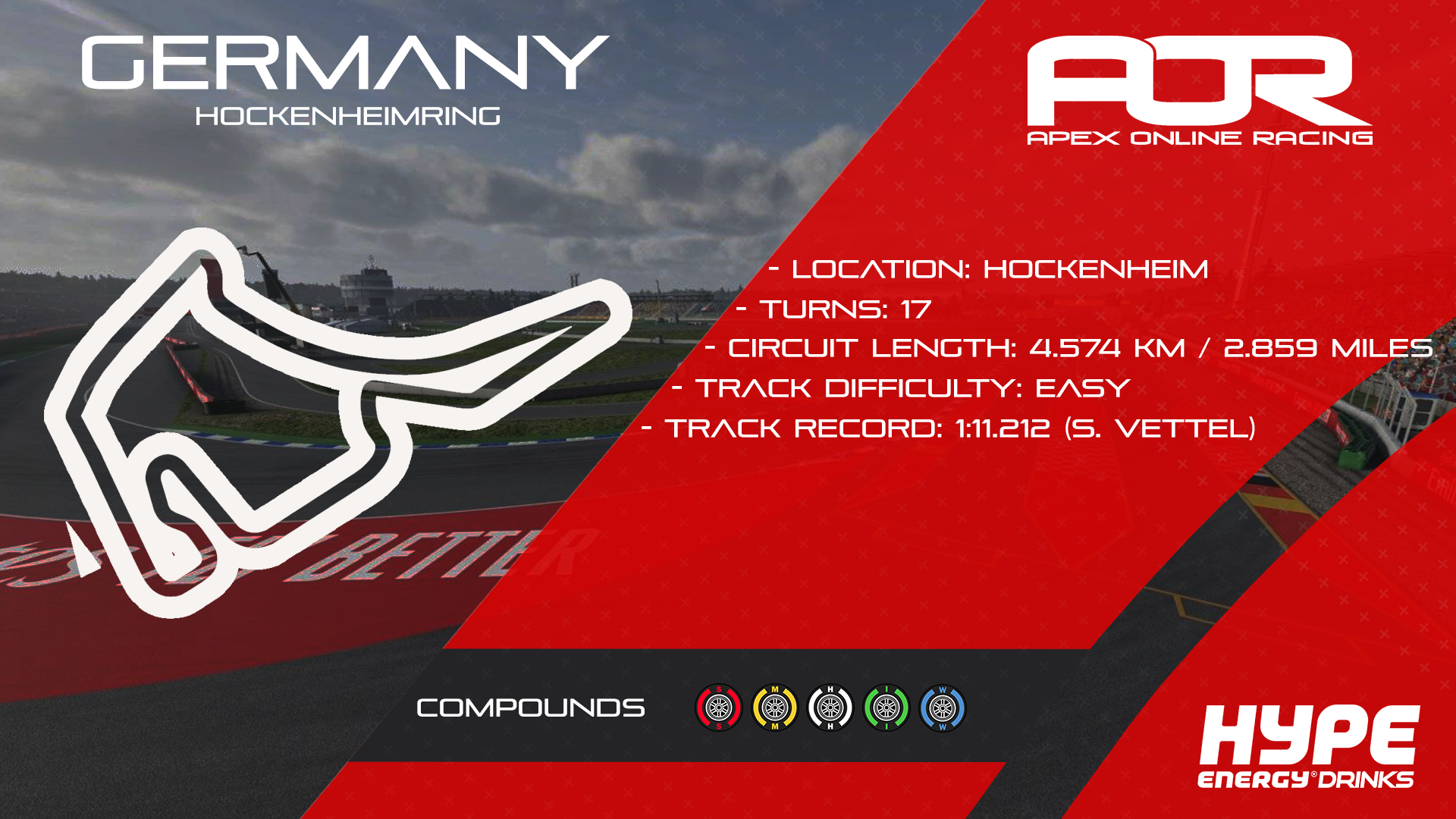 So anyone been practicing yet? I've done a few laps but only in the dry and Germany has a nasty habit of turning on the sprinklers.

Not here for this again (sorry)
Reactions: iJokeri22
A

My wheel is still at the repairshop...
I still have my T150, but I'm not sure if I like it enough to race tonight.

In others words; I would like an invite, but maybe I choose to skip this one.
Reactions: iJokeri22

Looking like a small grid this week, at least it means a better chance of getting round turn 1.
Reactions: Aston Martinez

I won't be able to race tonight. Good luck to everyone
Reactions: iJokeri22

Good race made a change to not be taken out at turn 1.

Qualifying:
Decided to qualify on softs just to get up the front of the grid and away from the carnage zone which worked out perfectly with pole position I knew it wasn't the ideal race strategy but I thought it was worth taking the gamble.

Race:
A pretty good first stint I was trying not to take to much out of my tyres as I knew I needed to get to lap 8 and I was pretty sure @schumizeu would be 2 stopping so I didn't mind him getting away a bit at the start. Had a good fight with my teammate @syluntbob until he pitted on lap 6 and then I got overtaken by @JCoL and @Steen16 who were both on mediums on laps 7 and 8 as my tyres were losing grip but that was to be expected.

Pitted lap 8 but I had a very slow get away when I released the clutch to early and had a wait about 2 seconds which put me behind @F1Shape and I couldn't get past him until he pitted on lap 14 so that combined with the slow stop meant that @JCoL and @Steen16 both came out ahead of me with 7 lap newer tyres so my only hope now was penalties.

Surprisingly I managed to maintain the gap and thanks to the engineer I knew @Steen16 had 9 seconds of penalties so I was quite comfortable sitting in 3rd with 2nd on the cards but on my old tyres I couldn't get any closer to @JCoL who only had 3 seconds so I was just hoping he would pick up some more warnings but he drove well and stayed in front to the end.

Congrats @JCoL on the win pretty happy with my race and the fact that I didn't get a single warning, I'll do the results after work later but looking at where @jochen3660 finished I think its going to be very close between the top 3.

See you all in Hungary.

Looks like I wasn't the only one who was happy with 2nd place.