I'm 90% certain that I'll be missing this one, so RIP to everyone's connection.

I am most likely missing this one as well. I will be travelling to Spain later today and I will be back home on Saturday. I dont think I will have time to practice on Sunday so it is probably better if I dont race.
Reactions: Bcolt93

Last good track for me and probably the last chance for me to win a race.

At this point i just want this nightmare to end. Never done a league race here or really done any meaningful laps, so thats a great sign. I had my eye set on being in the top 10 at the start of the season, I felt that was a realistic goal that should've been attainable even on a pad. Despite the shocking first half of the season I still felt that it was achievable once I got my wheel. I don't think I could've possibly imagined having another season like S11. This season has pretty much pushed me to my limits for league racing, just so frustrating to have the pace I do more often than not and have absolutely nothing to show for it. The Germany to Malaysia stretch was the biggest kick to the dick of the season. I had 4 rounds at tracks where I was on the pace to contest for good points or even a race win, and came out of it with 0 points and 3 DNF's.

Anyways, rant over. 4 rounds left, I don't expect much for the next 2 races but I've never finished lower than 5th at Brazil so I have that to look forward to.

Not done much of this track at all on this game.

I expect Brazil to be the worst track for me but points are possible at every race imo. 10th in the championship is the aim. 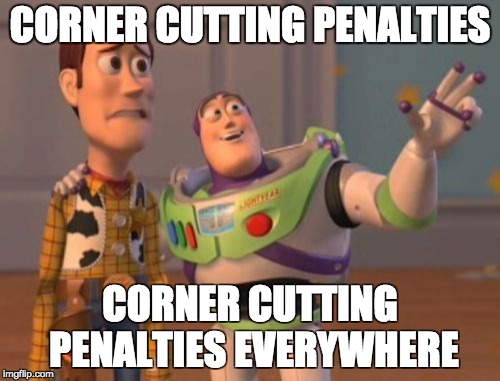 Did some laps, pace seems reasonable, I've never been too great on TT with or without the racing line.

S2 is really bad though, struggling a lot with T7-T9 Section.

@Bcolt93 keeps chastising me for my racing line when I'm doing 35.5s so what quali times are getting the honours over here? Just as a comparison to my pikey R/L pace.

HRacingGreen said:
@Bcolt93 keeps chastising me for my racing line when I'm doing 35.5s so what quali times are getting the honours over here? Just as a comparison to my pikey R/L pace.
Click to expand...

i believe thorn did a 35.9 the other day when we did some practice.
Reactions: HRacingGreen

Don't see a way in which I can score points this weekend. Severely off the pace here it seems

Bcolt93 said:
Don't see a way in which I can score points this weekend. Severely off the pace here it seems
Click to expand...

Same goes for me. Did my first laps in Quick race, did low 37s. I think with some practice I can push it down to high 36s, but thats probably not to competitive too

nummer92 said:
Same goes for me. Did my first laps in Quick race, did low 37s. I think with some practice I can push it down to high 36s, but thats probably not to competitive too
Click to expand...

Yeah I think most people were low to mid 36s yesterday. We had about 10 of us in a social. After a couple laps 8 of us were at the front and I was getting dropped by the pack

Times we think pole will be around ?

clarky_110 said:
Times we think pole will be around ?
Click to expand...

Definitely absent if this hasn't been organised with a replacement

@Sean B you're in tomorrow if you didn't know.

@iSuperScrub and @jamie-995 should also be prepared to race
Last edited by a moderator: Mar 5, 2017

Wont be racing, im going out in the evening.
Have a good one guys!