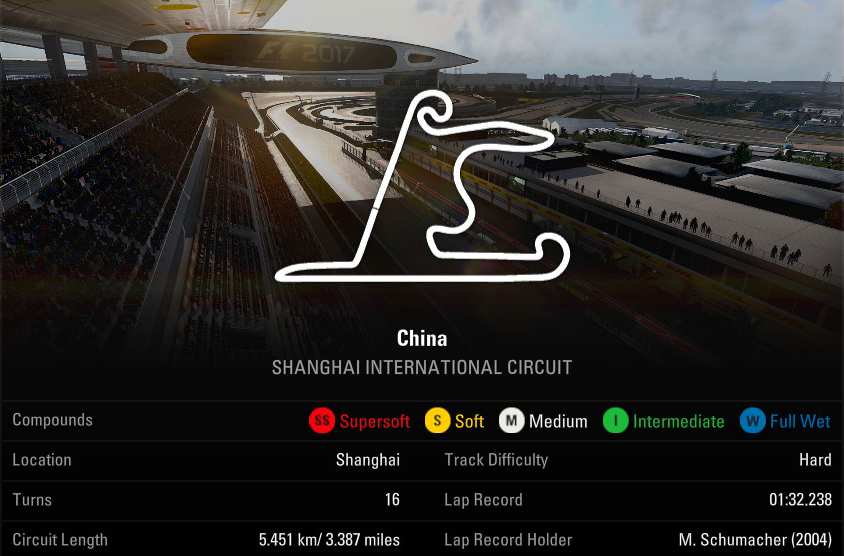 I've said this before, but I'll say it again; this track looks like a fat pinguin on skis. And I just can't get into the right flow on this track, the corners all just feel wrong.

Also, I'll be gone on a school excursion from monday morning till sometime on thursday. I hope I have some free time (& decent wifi) to update the results, make the new race thread & handle the stewards enquiries. If not, it'll be the first thing on my mind on thursday.
Reactions: Lamp and Jipper

If possible please try to record your race, as i've seen a few issues now with Glitches on the results table at the end of the race, this also happened to me in thursdays social, where i crossed the line in 5th with a car over 1 second behind me, but the results standing showed i finished 6th with the car 3 seconds ahead of me.. so keep an eye out as the results cant be changed without evidence in a stewards enquiry
Reactions: Lamp

Quote of the Week

"To hell with safety. All I want to do is Race!"
James Hunt​
Reactions: Lamp

Well, needless to say, I was very happy and surprised by my P3 in quali. It felt like my best China lap on this game and I definitely think that I got the most out of my pace that lap.

The race went surprisingly well. I had a clean and good start, which compensated my lack of pace in dry conditions. When it started to rain, I was finally able to catch up to Lamp and eventually overtook him when he was held up by a Force India. I held the lead until the end and I’m very happy with this unexpected outcome of this race.

Next race should be dry, altough expect me to pray for some nice showers in the desserts of Bahrain :angelic:
Last edited: Oct 9, 2017
Reactions: Lamp and TheVerenzak

I managed to qualify as P6.

Race:
Got a decent start on the start/finish-straight, starting on the super-soft tyres. After just the first lap of the race, I managed to overtake 2 drivers to get up to P4.

Out of the pitlane I go - P3. My pace were great, managed to gain a gap to P4.
Both @JamieFoppele and LAMP had too much pace for me to keep up. I tried everything to keep up with the two podium drivers, which meant my tyre wear got too high.
At Lap 20 I pitted for another set of intermediate, due to 68% tyre wear on my old intermediates.

Overall I managed to finish as P3, with a big gap of 15 seconds to P4.

Well unfortunately that was not a good race for me,

Qualified P8 behind my teammate, first few corners were great, had a little battle with @Cheeese, unforunately at turn 5 i was shunted into the car head and lost abit of front wing, and then on lap 3 i got a tap on the back end and was spun out as it started raining,

Spent the rest of the race struggling with front tyre wear as i kept locking them with the front wing damage, Had an excellent battle with @R.A.J. for hte final 8 laps or so for 8 place, unfortunately a faster car came through and pushed us alittle faster than perhaps we should be doing, and on the penultimate lap i took too much curb and put the car into a slide under acceleration and smashed into a wall race over.

Glad china is done with tbh! and heres hoping to actually get a dry race!
Reactions: TheVerenzak

Decent qualifying, could maybe have gone a few more tenths faster. Race started badly, I got squeezed off by a car that come flying through forcing me off the track, after this I was dead last, but I timed my move to inters correctly and had reasonable pace through out the race. My POV is below:

Better than last race, definitely. After not finishing in Australia I was looking for some good points in China, one of my most favorite tracks. The qualifying was almost on point. I feel I had the chance to get Pole, but some little mistakes in the first run and a major c**k up on run two in the first corner didn't make achieving that any easier. I'm very satisfied with P2, though!
As for the race... Let's not talk about it, k? Tried to make a gamble and changed to Inters a lap or two too early meant that I was dropping down in the field. That of course made the Inters wear quite a lot, and as the rain had finally arrived, the tires wear at the front was 35% already. Later in the race the wear got (predictably) a whole lot worse and as my engineer told me, there was going to be heavy rain soon, I started to think about switching to the wet tires. Time was running out and I was not in the mood to risk a puncture. So I was heading into the pits for the wets, as the rain got visibly heavier. Wrong choice... again! I was dropping down to eleventh place just two laps before the end of the race. That's it then for points I thought, sliding along like on ice. But! @Jipper retired from the race, so tenth was pretty safe. Thinking that I was not getting any more lucky, I saw that @Wenkaz had a 10 second time penalty. So 9th place it was then. 2 points (yay?)...
Getting points purely through things I didn't have control over was not my goal, but they're points nonetheless.

TLDR: Awesome quali; wrong strategy in the race and luck saving my ass from not getting points.

If anyone wants to see the misery I put myself into with that strategy, have a watch:

Unfortunately for the stewards, our race in China was a bit more eventful than the race in Australia. Here is what they've decided.

In the end @schumizeu gathered 30 penalty points in total, which, per the stewarding rules, results in a qualifying ban for the next race in Bahrain.

Let me know if these posts are of any value to you or not. I don't mind doing them, but it saves me some time if nobody finds these useful
Reactions: Wenkaz