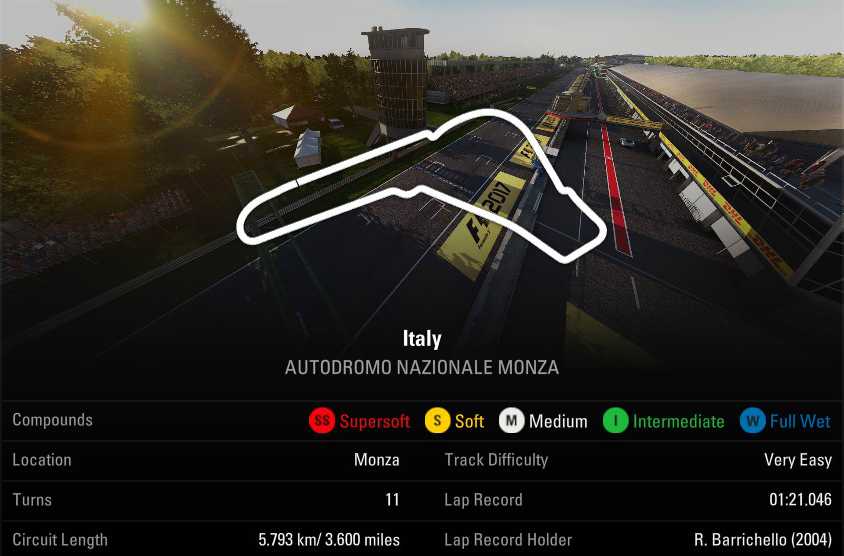 DM me on PS4 if you wanna practice together

We need our commentator
L

join this discord if ur a V8 Supercars fan
https://discord.gg/SvDdpPX
C

Stream will be up on my channel here: https://www.youtube.com/channel/UCm5Yz6iOVVLXH7d6SQfzOiQ

Will be solo comms for tonight.
C

Link to the broadcast here. Was a fun race to watch/commentate on. Close qualifying and some great battling all round. Good job lads.
Reactions: iContrast, Dubzzy__ and Maznat87

Sorry guys, my connection is terrible in the race. From race start, i was lagging hard, then i lag out of session on lap 2. Will try to sort my internet next week, hopefully.

Race - 9th [Got up to 5th after the first lap, and was catching 4th and maybe 3rd, but a wrong tire choice got me on the ropes with 5 laps to go and I suffered a puncture on the penultimate lap, doesn't help that I had many penalties as well]

where do we submit to stewards>? i want to get this penalty removed which will promote me to 2nd

Dubzzy__ said:
where do we submit to stewards>? i want to get this penalty removed which will promote me to 2nd
Click to expand...

Here is fine, ill take it to the stewards and let you know the result when it gets evaluated.
In future post your enquiry here: https://apexonlineracing.com/community/forums/stewards-panel.90/ and make sure to tag me ( @iContrast )

iContrast said:
Here is fine, ill take it to the stewards and let you know the result when it gets evaluated.
In future post your enquiry here: https://apexonlineracing.com/community/forums/stewards-panel.90/ and make sure to tag me ( @iContrast )

I can. It will be in my stewards report

Qualifying: 3rd
A good banker on my first run with 20.8, but screwed up the second chicane on my second lap.

Race: 2nd (3rd after peanlty removal from Dubzzy)
An error from Maznat under braking helped me slip by at turn 2, the pace was good in the opening laps and tire wear was under control. Had built up a decent lead until after the first stop. Around lap 17, the engineer screamed in my ear under braking for turn 2, it put me off, locked up and I went wide. My front tires were wearing a lot more in the second stint than I was used to, and once @Maznat87 and @Dubzzy__ were within 1 second after the mistake there was not much I could do to pull away again.

I felt some contact from Maznat when he went off at turn 1, his video didn't show any contact but maybe the collision boxes are wider on this game than previous games or perhaps a tiny bit of lag. Dubzzy's pace was pretty good on the medium, I made an error trying to get a good run off Parabolica and he was set to take the lead, we both braked as hard as we could for turn 1, I left my braking very late and it forced Dubzzy to take to the escape road so apologies are in order for that.

After that I decided to keep my nose clean in the hope the Ferrari's would get entangled, but the two guys were very fast at the end. Congrats to Maznat for the win and Dubzzy for P2. Thanks again to @Curly who did a great job commentating and streaming, watching the race back was enjoyable and his commentary was both informative and engaging, he followed the race well like a true professional.

Hopefully I can stay on the podium at Singapore.
Reactions: Maznat87, Dubzzy__ and Curly

iContrast said:
Here is fine, ill take it to the stewards and let you know the result when it gets evaluated.
In future post your enquiry here: https://apexonlineracing.com/community/forums/stewards-panel.90/ and make sure to tag me ( @iContrast )

The Stewards have reviewed the evidence and penalty stays.

Please follow the guidelines as outlined by your Coordinator.