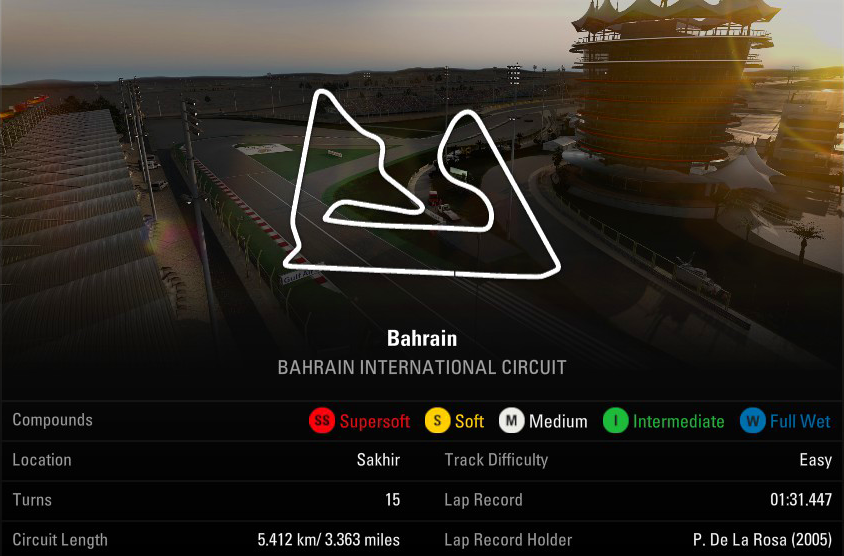 My big upgrade came a race earlier than Spain! Wheel was broken but now I have a Thrustmaster T300 which feels great! Looking forward to sunday
Reactions: Jipper

Yeah... Didnt you know we have to time travel to attend this race? I've already won it! xD

Is this the official aor meme?
Reactions: Rienk

Jipper said:
Yeah... Didnt you know we have to time travel to attend this race? I've already won it! xD
Click to expand...

In fact we are travelling in time. We start the qualifying at around 8pm UK time and by the time we are done it's after 10pm CET...

Hi guys, might be a chance that I will not make it on time for the race, so if I'm not there on time don't wait!

T-Havok said:
Hi guys, might be a chance that I will not make it on time for the race, so if I'm not there on time don't wait!

No problem, thanks for letting me know

I won't be hosting the practice session I normally host at 6pm, just letting you guys know

I’m sorry but I won’t be able to attend the race today, I’m busy with my study and unfortunately don’t have enough spare time to fit an AOR race in, I feel frustrated about it because I feel like I’m fine and have enough time but my parents are against it and I’m not allowed to participate.
Reactions: Jipper

Niek van Gelder said:
I’m sorry but I won’t be able to attend the race today, I’m busy with my study and unfortunately don’t have enough spare time to fit an AOR race in, I feel frustrated about it because I feel like I’m fine and have enough time but my parents are against it and I’m not allowed to participate.
Click to expand...

No problem thanks for letting me know.

@trumpa94 please give me your footage. You bumped me massively into turn 2 after you ran very wide. This was not at all pretty. Somehow my stream didn't work, so I need your footage to see what happened...

So... my internet is not the greatest but today was an extreme. I have never lagged this much before and I had it worse then you guys, I promise. You guys only saw me teleporting around but I had all of you teleporting around. I dropped from 4th to 11th and took a front wing damage while trying to find a quick solution for it.

I will try to understand the root of the problem and if possible fix it. Apologies once more.
F

When you miss the braking point
Reactions: Rienk and DackeBerg

When you miss the braking point
Click to expand...

Gotta lick the stamp and catapult it I guess :rofl:

Well that race well and truly pissed me off!

Got a great start to the race from 9th on the grid, was happily in 4th after a few laps, but towards the end of the stint my rears spun up on the exit curb at turn6-7 chicane and then my fronts locked up all the way down to teh turn and spun out, so i lost 2 positions, regained 5th before pitting, but this forced me to pit early due to tyre wear.

Spent the whole second stint in 4th after the pit stops for the rest of the grid had taken place, and started losing the rears. @Klauuiii begun to gain on me and i couldn't pick up my pace at all, he got a good overtake done on lap 26, i chased him through lap 27 and my tyre pops on lap 28! great. so went from 5th to 14th in 1 lap! woop!

Not the way I hoped to return to racing but I'll take 6th after all the chaos and problems I had to get through. I was going P4 until my internet died and everyone started to teleport all over the place. I thought closing discord could help but doing that was a mistkake: my game froze and I dropped down to 11th. After that I was following @Flaf and I took front wing damage from the slowest touch ever. (not your fault btw Flaf)

Pitted on lap 10, fixed the front wing and put on mediums which I took to the end. I had to do some overtaking on the way, not all of them were contact free but I am confident that they were fair and sometimes you gotta force things, especially with slipstream gone. I was after @Rienk who seem to be struggling a lot with his tyres but on the final lap my internet decided to die again and cars were flying around again once more. That denied me the chance to try an overtake on Rienk but I am still pleased with 8 points after all that.

The field was very close today and even the slightest mistake has huge impact because of it. I have a feeling this season is going to be extremely close.
Reactions: Rienk

Oh boi, this was a feisty one.

Pre-race
One of the first races I could actually properly practice for. I didn't actually manage to get a full clean race in any practice session last week, but the experience on the track atleast seemed to help.

Race (P5, SS -> M)
Decided to still do the standard one-stop, seeing as I started on fresh tires anyways, it would be quite manageable. My run into T1 went really well, making up some positions by diving into a gigantic hole that was left open in the field. By doing this however I squeezed @Kiinako quite aggresively to the left, causing him to wheelspin on the kerb and oversteer into me. I got just the smallest amount of frontwing damage (as in, barely even visible on the damage screen), but I could definitely feel it through the next couple of corners. In the end I was P10 after the first sector, dropping to P11 after @Raidersky went up my inside into T10 and seemingly ran into the back of @FraGioco9, making it so I had to take evasive action to not join the club.

Gained the spot on @Raidersky back after he ran wide into T10, but lost it again the next lap when I tried a move through the inside of T11 and the outside of T12, but since he got some dirty air and apparently didn't notice me immediately, I got shoved wide (we talked about it, we gucci). I managed to avoid spinning out and promptly rejoined the track and continued on.

Got the spot on @Raidersky back in lap 5 after running wide into the exit of T10 this time. Passed @PiekarzPotato around the outside of T1 in lap 7, after he almost lagged into me (thank god for the ghosting system), but he passed me again when I had to defend through T6-7, together with @Raidersky (again). Passed @Raidersky again next lap when he outbroke himself into T1. Followed @PiekarzPotato for a few laps until he pitted after lap 9. I continued on for another lap and pitted on lap 10. At this point i was really torn between fixing my frontwing or not. I decided to not fix it, since it was still pretty driveable, and tbh the understeer was probably helping a lot with saving the rears.

Rejoined in P12, becoming P10 the next lap because of stops. Nothing much happened after that. I just stayed extremely consistent. I had adapted to the frontwing damage and I was setting either very high 1:32s or very low 1:33s every single lap until my tires started to get above 65%~. I think I also managed to set my fastest lap of the race with 60% worn tires because of that. At this stage I was quite happy with my choice to not repair the wing, since I saw 2 pretty long trains of cars that I probably would've been behind if I did.

I was between @Klauuiii and a train behind me led by @Snook pretty much the rest of the race. I was just trying my hardest to put in consistent lap times to minimize the amount of time the train behind me would catch up by. In lap 28 @Kiinako got past the train and since I still had the damage, with him being my teammate, I decided to let him by to not hold him up too much. After this, when I passed @Jipper limping home with a puncture, I was in P6, with @Snook and his train of cars right behind me. After T4 in the last lap, @Kiinako oversteered and almost spun, giving me the position back. I was now P5, but still with @Snook a little too close for comfort. Luckily the train behind me started fighting amongst themselves, with @Ping2High passing @Snook. I had to really concentrate to keep the car on the road with the damage and 70+% worn tires, but I managed it and finished the race in P5, without any penalties this time.

Congrats to @RichyB for claiming the W. Looking at the circumstances, for me this was a damn good result. P13 -> P5 with frontwing damage all race. Looked like the pace was there. I think I might've been able to fight with @Klauuiii for P4 if not for the damage, but I can't really complain. Good thing I have a lot of days off next week, since I have also got rF2 Monaco on saturday :nailbiting:. I still want to put enough practice in for Spain though, since I really like that track and want to do well there. Cya then!
Reactions: Snook

This was easily my worst race ever.

I had a bad first lap with multiple screen freezes in which I dropped back to 13th place. Then I hit @Kiinako on lap 2 (sorry man) and the contact made him spin. The rest of my race wasn't any better: I got front wing damage twice and received a stop-go penalty for speeding in the pits because my pit limiter wouldn't activate. In total I spent over 100 seconds in the pitlane. In the end I finished in last place, more than 25 seconds behind everyone else.

Fun fact: so far I've finished either 1st or a lap down in every race this season :rofl:

Here is my whole race.