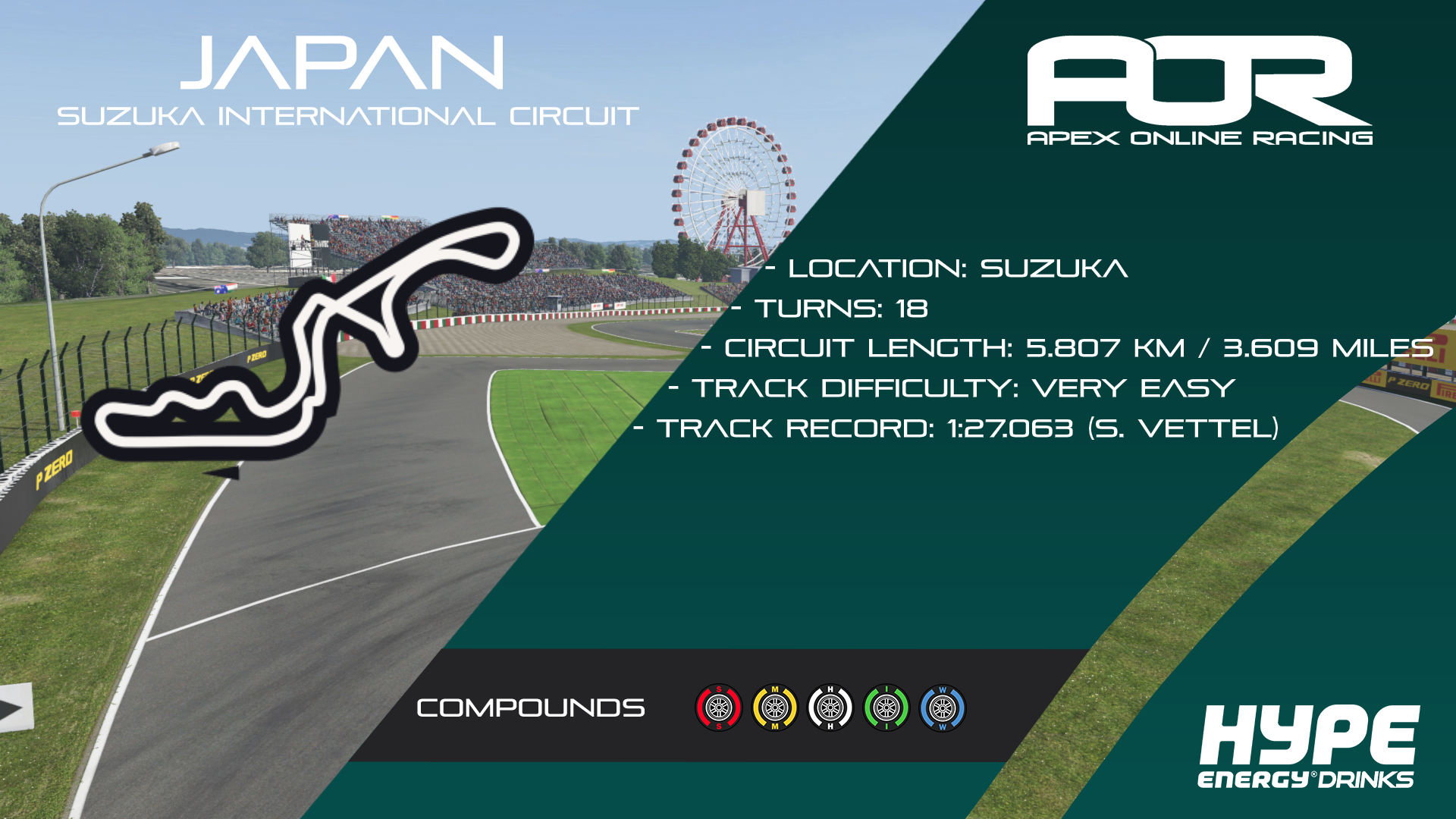 I don't want to go into too much detail again here, just everyone send me everything you have from the race - your recording, screenshots of race results, race director... everything. Send it per direct message here on the forum, I will see what I can do. As I said, we had this in AOR three years ago in the same way so I am kinda experienced in that matter.

I'll update once this is dealt with.

Alright, this will be a long post so take yourself some time, have a drink and sit down - this will explain both what happened yesterday and also how the race results got determined (so yes, the race counts!)

I want to be as transparent as possible with this so you can see that this is by no means arbitrary and 100% objective. I want to make sure that nobody is treated unfairly.

First of all, what happened?
On lap 18 out host @Foton lost connection to steam. This lead to the timings of the game basically collapsing. With "timings" I mean that the gaps between drivers were not shown correctly, the position every driver was in was not shown correctly and as a result everyone saw himself leading the race, then sometimes maybe randomly being in a different position again and it was just a gigantic mess on the on screen display for everyone.

The same thing happened back in Season 13, if you wanna have a look:


Jump to 14:24 and you see that I jumped from P10 to P1, while the guy in front is still the same guy who just drove in front of. This happened for everyone else as well and the same thing happened yesterday. Pretty easy so far.

In both cases, and this is the important part, everyone was still connected to each other and the race was still going on. Back in Season 13 we still could race each other properly, in our case now the only difference was that the cars ghosted. The reason for that is the timings of the game again because it asssumed that we are lapping everyone, since the update that is what lapped cars do - they ghost.

So, next question of course is: How do we handle this?
I remember that back in Season 13 almost all drivers were in a discord voice chat during the race. So we managed to figure out after the race finished who was in which position on the minimap when the timings collapsed and then just followed the dots until the finish. In the end we came up with the correct race result, however obviously not with the exact gaps in between drivers but at least the positions were right and everyone got the points they deserved.

Basically, that is what I did as well for our race. I'll go through this step by step.

So I went over on Youtube to find the stream of our race. I wrote down the current standings right before Foton disconnected (when it said "migrating host") and luckily on the track map the drivers have now different colours for the respective cars, so this is a lot easier than back in the day.

I watched the race until the end, following the dots on the minimap. Again, this works because the race was still going on. We were all still in the lobby, all still racing. The AI did not take over for any of the other cars, they just ghosted because the game thought you lap everyone. The only cars that became AI controled were @Michael Romanidis (who disconnected right before @Foton ), @Foton , @WilliamsJIM_Roy (who disconnected) and @LCR Leopard (who retired in the pits).

I obviously payed maximum attention to all position changes that went on until the chequered flag. If you want to check, you can go to the stream any time and do this yourself:

If you look at your recording (if you have one) you will see that the track map looks exactly the same at any time on your screen like on the spectator screen. Again, this is because we were still racing and still in the lobby. The track map was working.

So I went over to my recording and did the same thing. Coming into the final lap, I payed attention to the finish line to determine who crossed the line first, second and so on. Basically determining the finishing order. That went without much trouble, only problem was to find out whether @ChroMatk crossed the line in 3rd or @Bono Huis because the dots were over each other, but @ChroMatk sent me his footage which proved that he indeed finished right before Bono. If you zoom in veeeeeeeeeeeeeery close you can see it by the dots as well slightly but I wanted to be safe and thanks to @ChroMatk , now I am. We are.

Here's the video for that.


With that we had the raw finishing order. Next problem are the time penalties because for that we need the gaps between the drivers. So I went ahead, opened my video editing program and went through the finishing phase frame by frame. I had to do some maths because I record at 60 frames per second, meaning that each frame equals 0,01666666[...] seconds.
I did some very picky work and came up with the gaps between drivers for the raw finishing order, ending up with the provisional race results.

I got the race director from the one crossing the line first (that being @Simon2810 ) so I knew - after adding all his laptimes together - the race time he had. I also got race directors sent by multiple drivers. I did the same thing there (adding the lap times together to get the respective race times) and the result was the same gap to Simon that I figured out before when using the track-map-frame-by-frame-analysis. So that is wonderful.

That leaves us to the final point, the time penalties. So I went ahead and watched the entire stream from the race start to finish to see who got how many time penalties. After collecting them I simply added those to the respective race time and this finally gives us the result of the AOR Season 19 Japanese Grand Prix.

The results are as follows:


I hope you all understood the process, I hope you understand why the race counts. I realize that the situation is not optimal and that it may sound a bit odd to say the race went on because everyone was ghosted and could basically go through each other but this is part of simracing. In a laggy situation the same thing happens. This is just a bit higher scaled. Well, a lot higher.

I am open to questions (however for the sake of clarity I suggest DM instead of posting under this regarding questions) and am happy that this is finally done. Only took me some time. Thank you Codemasters.


To finish this - yes, I will be looking for a new host. Again, @Foton has great internet and also hosts in a different league and never had any issues so far. So I don't know if this is just cursed or if Corona has inflicted AOR F1, whatever it is. But as some of you pointed out there have been some issues now since he took over the main host role. We will use a different host hopefully for the next races which will either prove that the problem is not the host but the game or that @Foton indeed is somehow cursed and just shouldn't host AOR races