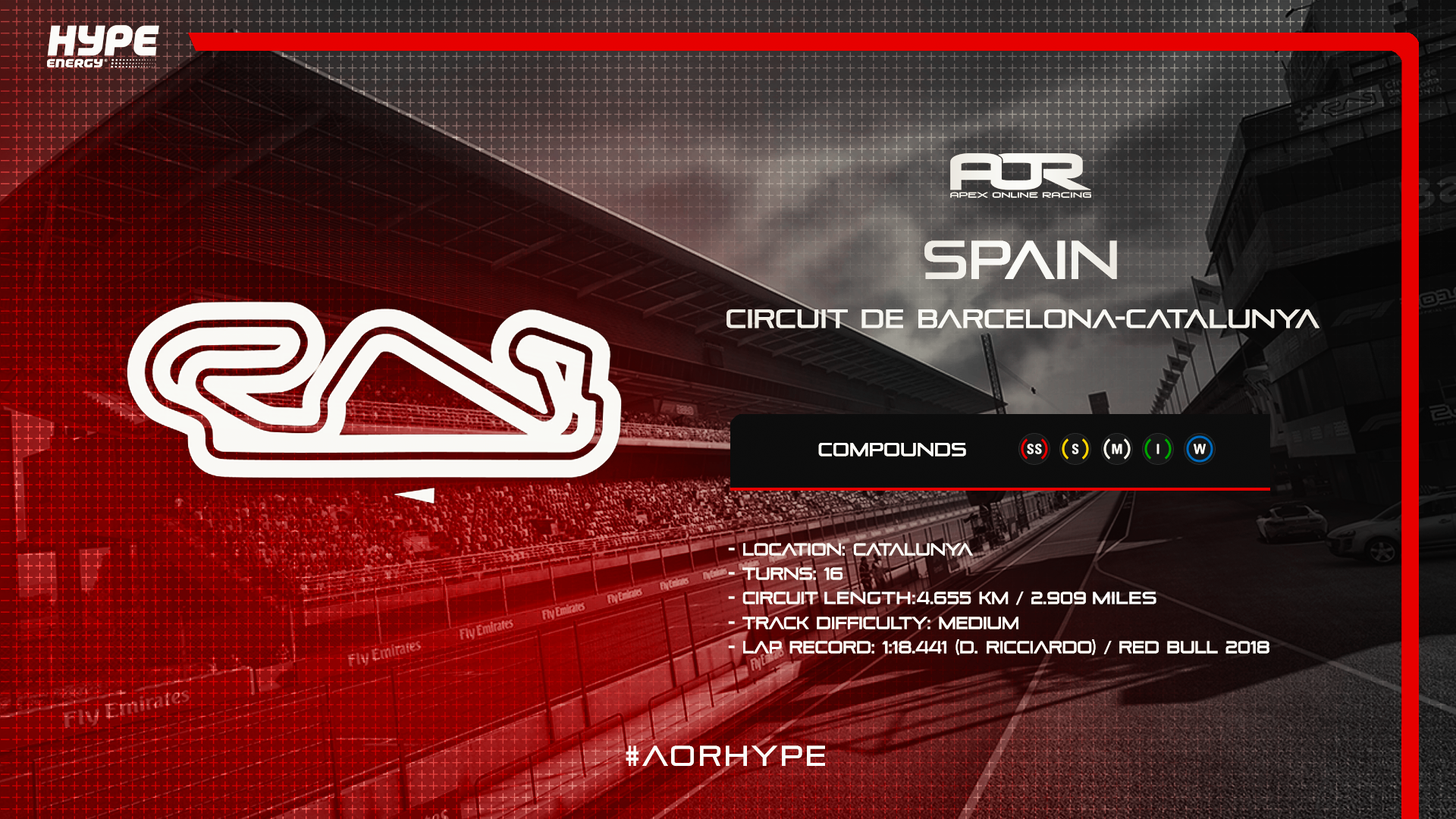 So Lap 1 then.... I suppose the same as every other race.

Spent the weekend kicking Frances butt in the battle for France on BFV. If the racining continues to be so poor, especially lap 1 then I'll stand down from the league and let some other driver race in my spot.

The chaos of BFV pales in comparison to a Split 10 Lap 1 League Race.
Reactions: Neil Bywater

Another disaster for me. My setup was bad and I couldn't stop cooking the tyres.

I forgot to restart my computer prior to the event so the game decided to give me an enormous lag on my first qualifying lap which forced my connection to get loose. A spare invite from @Neil Bywater saved my day, so thank you Neil. P9 in qualy ment that I would start on my used set of SS tyres.

My start was phenomenal and I went as high as P6 down the main straight. However, a contact with @DwergC in turn 3 broke a part of my front wing so my car understeered "like a pig", as Niki Lauda would say. I decided to stay out for another lap to see if it was driveable, but I decided to pit for Softs at the end of lap 2.

I went out at P16, barely ahead of Neil and his Ferrari. I knew that tyre saving would be the keyword of my second stint, so I didn't want to be agressive. However, I couldn't drive a bus tour around the track, so my tyre temperature was going up slowly but steady.

By lap 10 it was clear that my tyres were seriously overheating (all but front right were reaching 110 C). Everyone was wiping their floor with me, so after @Katrer overtook me, I spun on a kerb. Being an unexperienced rally driver, it went down really bad and made me drop to P16.

I switched to mediums, got out on track at P-LaHaast (©Will Buxton) and the leading pack was catching on me and ready to lap me. Codemasters decided to save me from this shameful driving by giving me a proper freeze for a 10-15 seconds which meant that I dropped out of the session, again.

At least the atmosphere was lovely and the banter was good. I hope you all have an amazing week and that my run of bad luck ends in Monaco in a weeks' time.
Reactions: TheVerenzak and Neil Bywater

My luck this season has been atrocious, as demonstrated today. My performances have been bad not gonna lie, but my luck is on another level of atrociousness. Got DSQ in quali because I got blocked when exiting the pitlane. Kinda confused as to what happened, but can’t be bothered to check the footage just now. Not mad at whoever caused it (if there even was someone who caused), I’m just mad at my luck at the moment and that it specifically HAD TO be me who got stuck.

The actual race was bad all because of me, no bad luck there.

The real question here is, will I ever have a clean race?

Oh yes, I forgot to mention that. I was the Toro Rosso blocking the exit. I forgot to connect my pedals to the steering wheel so there was no input.

i wanna apologize myself against defisparta… i spun around and he had to avoid me because of that and he spun around to…. really sorry man about that... and btw codemasters fked me well with letting my drs stuck open at lap 6

Mali Baćo said:
Oh yes, I forgot to mention that. I was the Toro Rosso blocking the exit. I forgot to connect my pedals to the steering wheel so there was no input.
Click to expand...

That went better than expected tbh... I started a new job this past week and maybe got 30 minutes of practice in before today so I didn't have high hopes. Qualifying in P5 was a bit of a shock as this track is far from my strongest. I got a great launch and made up 2 places at the start but after a couple laps I started overheating my SS tires and nearing the end of that stint I got front wing damage so I boxed a lap early. My pit crew didn't feel like changing my front wing but it was only light green so I could somewhat deal with it. At my second stop I did change the front wing and came out a few second down the road from @Neil Bywater. I caught up to him and passed him but soon after my tires started overheating again. We started battling for a few laps and eventually he came out on top. I did pick up a few penalties during that battle (9 seconds worth lol) and was sitting in P10. Fortunately for me I was able to hold on to P10 due to other people also having penalties. Overall I did enjoy the racing today and am excited to see what kind of chaos Monaco brings... or maybe not. lol
Reactions: TheVerenzak and Neil Bywater

Q: 18th
My lack of talent showed up on my first flying lap and I parked the banana in the wall.

R: 8th
Surprised with the result.

Started on the Softs. Had a pretty bad start, lots of wheel spin. Saw all the chaos ahead and decided to take it slow. Was on the inside in T1 and just clipped @Beyond 's real tyre and spun onto the grass. Was in 20th, 6s behind the pack after T1 - but didn't panic, kept my head down and started picking up places because of other incidents.
Pace wasn't too bad I think, but it was consistent. Didn't make many mistakes and just kept driving my own race - so didn't defend a lot from people coming up behind me.

Last 6-8 laps or so @Neil Bywater caught up to me, at first I thought I had enough of a gap, but the last few laps he managed to get right on my tail. One more lap and he would've overtaken me - easily so.
Reactions: earicx and Neil Bywater

My eventful but fun race. Some nice clean battles. Apologies to @xDerpOG for turn 1 shunt. Think I came off worse

Well, for me it was a good qualification session as i presumed the top people will try the Softs strategy so i tried for pole on SSs...without success.

Anyway, another race and another botched start of the race for me. I guess having the Clutch pedal on the Gear Up paddle shifter (it was the default button mapping) is not ok at the start of the race. It causes no issues in pit starts or warm-up laps starts, when the message box with "Hold Clutch/Reach Optimal RPM" appears in the bottom right corner. But at race start, this info box doesn't appear and starting causes a Jump Start .
Mental note: re-map the clutch to the actual clutch pedal )) .

So, i am sorry for the guys that had to avoid my standing car at the start. After this disaster start i was running 13th position until Turn 5, Seat. I got hit from behind and spun around, in the spin someone else clipped my front wing and that meant an early pitstop for me.
Don't care about being hit, it was a fun race, i had fun and actually that's what all this is about , at least for me.

Neil Bywater said:
My eventful but fun race. Some nice clean battles. Apologies to @xDerpOG for turn 1 shunt. Think I came off worse