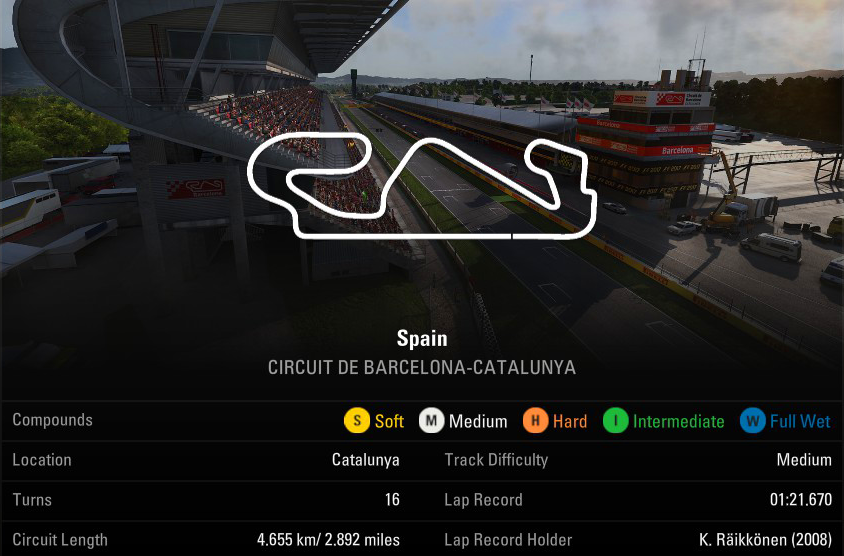 As @FisiFan91 also mentioned in Split 3: Please take note of these rules even if the game lets you away with some very questionable moves during races/qualifying. This goes for all races and their all expected to be followed.

1.4.1
● Stay within the track boundaries with at least two tyres at all times. The track boundaries are defined by the white lines, NOT by the edge of the kerbs. The white lines are deemed part of the track, however the kerbs are not. Cutting corners, or extending the track, to gain an advantage is not allowed. Drivers found to be persistently breaking this rule will be penalised retrospectively.

1.4.3
● In qualifying, if you go outside the track limits in a way that doesn't clearly lose you time, you are expected to lift off the throttle to clearly negate any potential advantage gained. If the cut is major, the lap should be aborted. Failing to do this may result in post-race punishment.

I want to ask you to delay with 10 minutes the start of the qualifying for me and @schumizeu , if it is possible.His fly from London to Bucharest is on delay by 1 hour so that's why.
Thank you
Reactions: Hooper

Andrei Ivan said:
I want to ask you to delay with 10 minutes the start of the qualifying for me and @schumizeu , if it is possible.His fly from London to Bucharest is on delay by 1 hour so that's why.
Thank you
Click to expand...

Thanks for letting me know. I'm sure we can fix this.

Might not make it because of Mothersday here in the Netherlands
Reactions: Hooper

Quali was good not the best lap with traffic 2 times but it was the fastest lap i could do because of the rain later.
As soon as the race started I lost completely the sounds and it didnt worked even with escape button, so it was stupid to drive and hoped it come back (only the turbo that you hear). Later than i thougt i did a wheelspin into the wall but after that: THE SOUND IS BACK, WTF : . After that i was drivin for 7 or 8 laps with 2 nice fights and in one lap someone did a risky rejoining track and was forcing me out of the track but nvm, race was over gg i knew that a dnf was possible never finished the track online more than 3 times but it was fun the 16 rounds with qualy
Reactions: Hooper

What can I say, a bitter sweet race for me. Running in 2nd for 30 laps after the car in front of me spun, then whilst overtaking a back marker there was a large lag spike causing me to spin. No one's fault, No damage and managed to hold on to 4th.

If you offered me 4th before the race I would have bitten your hand off but to get it by loosing 2nd .

Never mind there is always next week :joyful:.
Reactions: Indigo and Hooper

Qualifying lap was horrible, could have gone at least half a second to a second faster. Race start was slow as I was on the hard tyres, I was unlucky to be caught in @Fersiphion's spin causing me to lose part of my front wing, after this I had to convert to a 2 stop strategy. My pace felt good and I felt on for points, but I ended up half spinning and losing around 10 seconds at turn 7. This was annoying as I finished 10 seconds roughly off the points. Highlight of this race was my battle with @Ronnin1978 which was tense but I just managed to finish ahead. My POV is below:

Qualifying - P3???
I had around 10 practice laps on time trial and hadn’t touched the game since Baku. I was lucky to get a decent lap in before the rain.

Race - P5
A solid start off the line but due to lag and a few mistakes saw me down to P8-10ish. I was very consistent and made little to no mistakes. I battled throughout the whole race so it’s hard to really pick out a highlight, but it was very frustrating since my DRS was broken for 90% of the race.. thanks codies.

Anyways, me and @Armadeira are pretty much IDENTICAL on pace I’ve noticed, there has been nothing to separate us during the Baku and this GP. Very well done on the podium.

Hey guys, remember you can upload your overtake and post it in the Overtake of the Week thread if you want to have the most beautiful overtake of the Spanish Grand Prix (https://apexonlineracing.com/community/threads/overtake-of-the-week-spanish-grand-prix.33757/)