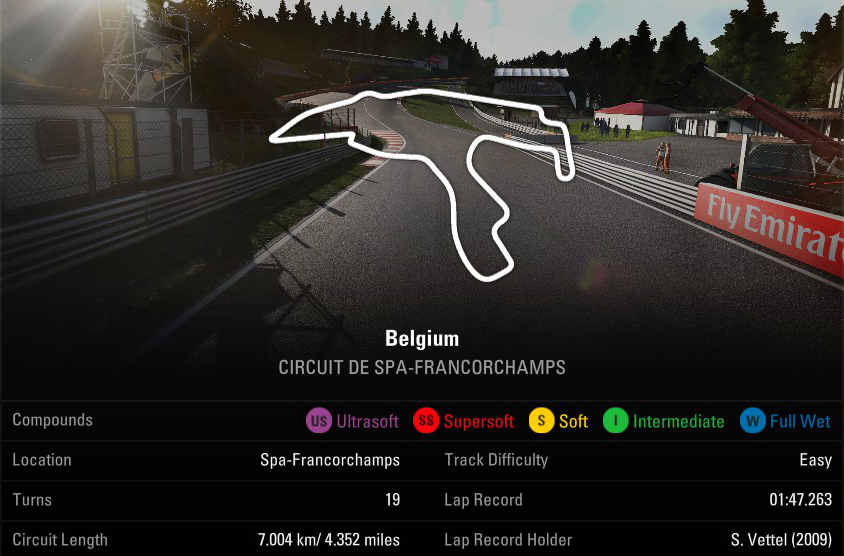 good morning guys, really excited for this race. to get a bit of house keeping out of the way another reminder is to race cleanly. also I am thinking that we should all hold off on readying up on the grid just in case anyone disconnects, too cut it short i am suggesting that I ready up and start the race when I see everyone is on the grid and ready. This would be easier also if all of you guys could get on discords on race day so Its easier to be coordinate this.

i can't play this sunday. sorry. see you next race
Reactions: Head Squid

karnak07 said:
i can't play this sunday. sorry. see you next race
Click to expand...

Really not happy about this news..

I can't race for at least another week due to finals so see you all next race
Reactions: Head Squid

Raceday! Looking forward to it as always. Hopefully there are no bugs and we can all have a great, clean, and competitive race!

Oh boy... what a race.. P2! Finally! Clean racing from me, slight heart attack from @Biolite80 in thye last laps but well worth it
Reactions: Biolite80

@Head Squid here are screenshots of the results. Please note: Yoko crashed in lap 20 which makes him officially be finishing 10th place since he completed more than 90% of the race.

That was my POV of the start. But i couldn't see too much what happened. I was just trying to evade the cars around me.

yoko321123 said:
If someone got video (person who started more then 10 position like 11 position or 12 position) i want to see this cuz start for me was sick
Click to expand...

Ya you got boned.

I won't go on a rant. I just wanna say besides the first corner, I had a great race. Very satisfied. However very gutted for @Head Squid for his internet BS....I feel for you bro
Last edited: Jun 4, 2018

A very promising and in the bag podium turned into a tough battle for 4th place. I started P4 after an early retirement. Once again kasi blocked me on my second hotlap, causing me to lose 0.5-0.6 seconds in the proces which would have bumped me up to P2 next to darkside. Unlike most I had a start as clean as a baby's butt, claiming P3 through turn 1. Afterwards I had a long lasting fight with @Captain Slow . I had to keep braking later and later to keep the gap to a minimum. Unfortunately I broke my wing in the back of Captain Slow. After pitting I had a small fight with @yoko321123 . Finally I had to push to the limit lap after lap in order to close the gap to PRelease. After overtaking him I coasted to the finish line, claiming P4. Meanwhile @darkside1992 either got a penalty or crashed and @Captain Slow swooped in to get the win.

Next race will be in 2 weeks so there will be a break, in which we will most likely train to be first.
I will also have my new pc so I can record that sweet sweet 1440p in 100+ fps.
Long story short. Good race, more potential and congrats to @Captain Slow.

I have mixed feelings after this race. With crashing twice on the qualifying and starting from P12, in the race it was looking so close to the podium actually.

Starting with the softs was the best option for me and it worked very well until i was trying to overtake @Biolite80 . He made a little mistake at the end of the Kemmel Straight and i was too close to him and i broke half of my front wing with hitting him from the back on lap 16. After that i was losing so much time with the broken front wing and i was just trying to stay in the circuit and not making mistakes. I didn't fight with @Kryxeno and let him to pass me because i didn't want to lose more time when defending. Btw i think @darkside1992 lost control and crashed when he was trying to overtake me.

With the penalties i finished in P6. It could be 3rd place but i'll take that after a messy quali. Congrats to @Captain Slow @Billamy and @Biolite80
Reactions: Billamy and Biolite80

HaiCo said:
@Head Squid here are screenshots of the results. Please note: Yoko crashed in lap 20 which makes him officially be finishing 10th place since he completed more than 90% of the race.
Click to expand...

I would just like to apologize for leaving you guys hanging in the lobby for so long. My internet service provider decided it would be a good idea to perform maintenance in our neighborhood on a Sunday afternoon. I was pretty shook when I saw that my steam and discord went off line. I frantically ran about the house to find out what the issues was untill my mother told me. Needless to say I was furious (at comcast not my mom lol) because I love racing with you guys and race day is simply a major highlight of my week. I will try not to let this happen again. to close this off I would like to thank @HaiCo for keeping everything under control during my unexpected absence
@karnak07 @MIKEZ0R @PRelease @Eriks0n @gameguy nl @Biolite80 @Head Squid @Agent Smith @Kryxeno @Raining Thunder @Reymps @yoko321123 [USER=33539]@Maple @Icko
@TJGAMER13 @Captain Slow @darkside1992 @HaiCo @Billamy @@Icko

Did another league race at Spa on Saturday and knew exactly what I wanted to do on Sunday. Tried to save ultras on quali and during the first stint and got on softs after 6 laps. Saw darkside spinning out ((he had lag during the race) and then tried to drive smoothly and keep Kryxeno behind which wasn't easy btw. Unfortunately he bumped into me somewehere (didn't notice exactly when) and lost time. The final half was able to control the pace but have to say the laps felt really long.....Now my computer problems seem to be in the past and lagging has stopped which also means 1 second faster / lap, It's looking good.
Reactions: Biolite80

Biolite80 said:
I won't go on a rant. I just wanna say besides the first corner, I had a great race. Very satisfied. However very gutted for @Head Squid for his internet BS....I feel for you bro
Click to expand...