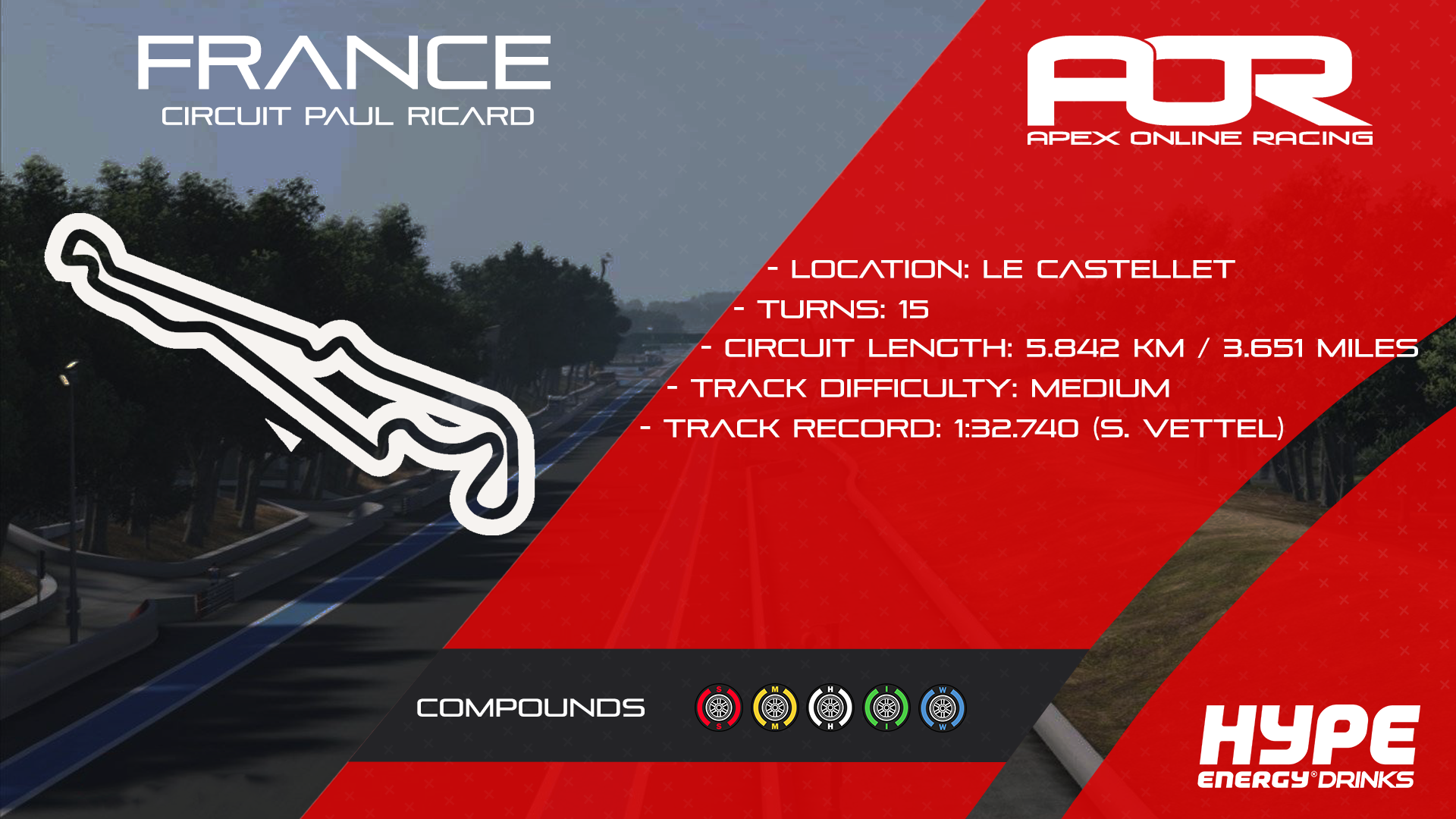 I'm not gonna race this weekend most likely, dunno if I'm home in time for the race
Reactions: Schwalbe

Good news, I can make it tomorrow. I'll just have zero time to practice
Reactions: Schwalbe

I hate wet races, hopefully austria stays dry...
onto the next one...
Reactions: StuN

Congratulations on the podium @StuN and @spawnieSTAR
That was another tough wet race in our league.
In the end staying on overheating wets turned out to be the best call.
Also at the start of the race I touched with someone and I want to apologize for that. I was sandwiched by many cars and I tried my best to stay clean there
I think someone drove into me turn 2 and spun so I'm sorry once more
Reactions: StuN
R

Kereka said:
I hate wet races, hopefully austria stays dry...
onto the next one...
Click to expand...

Ah and thanks to the guy who squezed me out in Turn 1 and Turn 2 which followed by a spin...
Big up!

2. - This one is from the start. You can't really see too much about it, but i felt like... like if a torpedo just knocked me out. You'll see the second part of the video that my car is moving so
disproportionately because the thing that happened behind me.
( )

3. - This one is from lap 10. We are fighting for 14th position. I have a better exit and that's the reason why i was faster. He just moving into the left side of the track (just like me). I'm in the blue zone, and he just made a move into me. That's not a problem, i made the overtake. And after that... in the 1st turn - he just turning into me again. I don't have enough space to complete the corner. I was in position... he has got a lot of space in the right side of the track.
( )

Holy ****. I'm so sorry for Turn 1.. In the Clip of Manndrop it looks like i'm kicking out 2 or 3 cars and ruin thems race. In the Race i really didn't notice that. As you may see, i drove away as if nothing has happend. I didnt see any red arrow so i turned to the middel of the track...

I tryed it now a few times with my internet but it dont work at all. Later this year i will get much better Internet.. Till that i will not race anymore.
If you want you can derank me to a reserve driver..

Later i will upload a video of the Highlights from my race..

It takes a bit of time to upload that.. because of the bad internet.

You will see it here:

In qualy you lost maybe 0,100 if at all and time was running with me getting compromised by the car in front as well.

Fsks100 said:
In qualy you lost maybe 0,100 if at all and time was running with me getting compromised by the car in front as well.
Click to expand...

Look at the video, mate! I need to push the brake pedal many-many times in some corners, because you there. Look at my whee&brake-movements in the last few corners... i need to be much slower, cuz you was there. If you wasn't there, i could push the car. I could drive the car like a driver, not like my grandmother. And... you just gave me a lot of turbulent air in the last few corners. And it was not so good. The last exit was a shame, just like some before. You just need to let me go. You had enough time. I lost 0.300, or maybe more, not 0,100. Count there the parts, where i needed to slow down... but... whatever? 0.300 or 0.100. I lost some delta, right?

If you guys had any issues on track with penaltys/other guys pls make sure that you make a Steward enquiry. They are under used in our split.
Last edited: Oct 7, 2019
Reactions: EyezOfAPsycho

by any chance someone can post Screenshots from the Quali?
Reactions: RebornDestroyer

Yup! There it is:

As I was just a few seconds too late with the qualy results and you cant delete posts, here's the race result:

Don't know exactly what went on there @Hurricane, but it felt like you rammed me in the back in the braking zone there. Do you by any chance have any footage of that? (or someone else for that matter?)
You must log in or register to reply here.
Share:
Facebook Twitter Reddit Pinterest Tumblr WhatsApp Email Link
Top Bottom