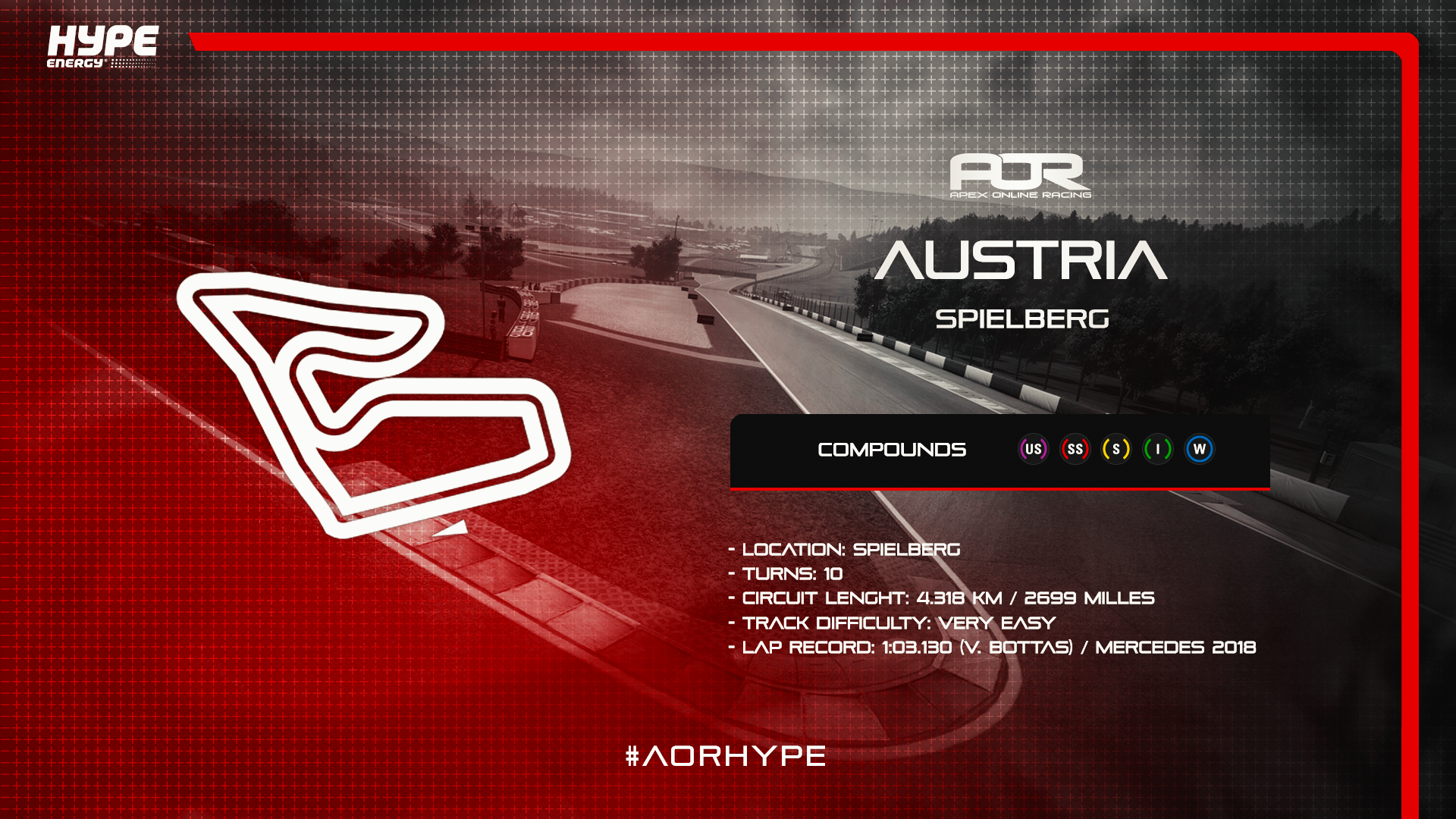 I am still unable to race
Reactions: Borderline
R

I'm sorry, I'm going to work, I can not take part in the race.

Gonna try to drive this one since the freezes seem to be not as frequent around austria.
Reactions: Desmond0313

I went for a ranked 5-lap race today to test how recording affects my FPS and the track turned out to be Austria coincidentally. In this race I encountered an interesting bug that I haven't seen before. We started the race and after we crossed the finish line on Lap 1, the race ended. It showed the winner and everything, like on normal race completion. Let's hope this doesn't happen to us tonight...

Whenever this happens on lap 1. I'll make sure we'll restart the lobby. Thanks for letting us know.
Reactions: Desmond0313

Unfortunately, due to technical difficulties, not just with the game but hardware as well, I am forced to pull out of the league. I also have to focus more on my education atm. I would have liked to finish the season just as I always wanted from the start but it just does not let me. I apologize for this drastic decision but it is completely out of my hands at this stage. Thank you for the great racing so far!

I wish you all the best of luck in future races and will definitely keep following them with great interest.
T

Guess I will never finish a race in this league...
Good Qualy and a good first couple of laps but I spun after turn 1 even though I barely clipped the curb which was really odd maybe someday I can finish a race and get a decent result not only this DNF lol

Damn I feel so bad not finishing this race. I was on P5, was about to get into the DRS-range of @Michaelx99 . Then he spun and I couldn't avoid him properly. So I hit him, then the wall... DNF.

I'm so guted by this result.I had such a fun race with battles even tough for the 2nd race in a row my drs was broken for around 7-8 laps which was suuper annoying and i coudnt pass cars and got stuck in traffic.At the end the car was feeling awesome and i could really push but on lap 35 in the middle sector i got on the kerb like i did 34 times before but the car started to slide tried to catch and spun.I am really sorry for @Borderline that he coudnt avoid him and destroyed his result. Hopefully next race i could come back stronger.

I had surprisingly good pace compared to my usual form, I feel like since I started using @DaveGaming's camera settings, I can feel the corners better, I always used the offset t-cam before. So thanks for that Dave I guess

Qualifying: I wanted to get as high up the order as I could so I didn't bother with the supersofts, went for the ultras straight away. First run was a 1:04.397 which was provisional pole for some time. By the end when I wanted to go out, I was +0.240s from pole and I knew I could improve in Sector 1 and Sector 3 to get pole. Unfortunately on my final run I messed up in Turn 5 which cost me about 2 tenths. My final time was a 1:04.198 which resulted in P3. If it wasn't for my error in Turn 5, I think I would've just got into the 1:03s and snatched pole, but maybe next time.

Race: I had a bad start but was keeping up with Diesel, we had sort of the same pace, I was faster in some places and he was faster in others. By about Lap 8 our tyres started going off, and since I didn't believe the 1 stop strategy of US - S the game recommended was doable based on my tyre tests, I opted for a 2-stopper with US - SS - SS... which turned out to be a mistake, because the 1-stop was in fact doable... barely. I saw people in the end really struggling on the worn Softs so from that perspective the 2-stop was more controllable. I finished higher than I expected because some people had nasty accidents, I barely avoided 2 of those. First @DaveGaming when he spun after the last corner, then on the penultimate lap I was inches away from completely obliterating @Michaelx99's car after he collided with @Borderline. Here is a video of those, the second one was especially a "HOLY F**KING SWEET BABY JESUS ON A MOTORBIKE" moment :


In the end I got P4, so considering I had the wrong strategy, I think I can be satisfied with that, but I'm sorry for the guys who dropped out from ahead.